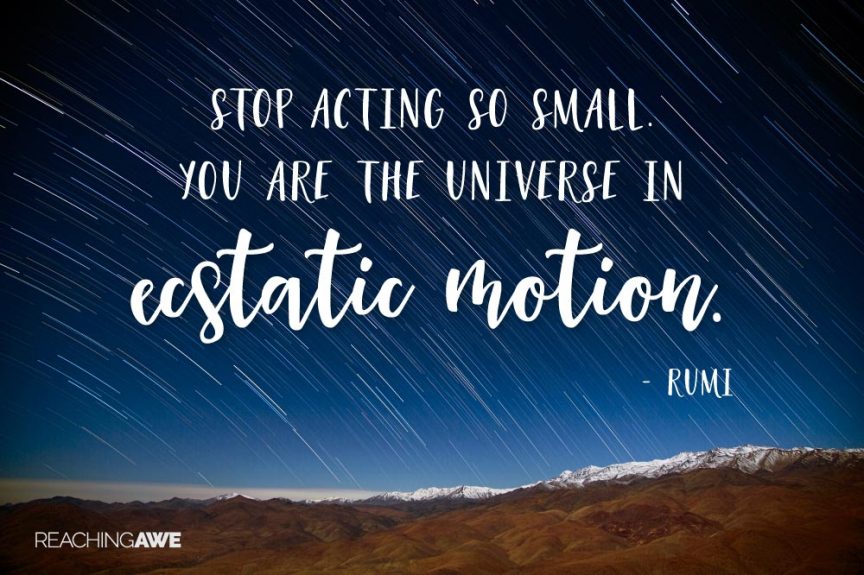 Who is the best-selling poet in the United States? His name is Jalal ad-Din Muhammad Rumi, a Persian mystic and Sufi master, whose poems have sold millions of copies around the world. Even if you’re not a poetry fan, you’ve still likely seen excerpts of his work. Rumi’s quotes about mindfulness, growth and consciousness often make the rounds on social media.

Here’s the interesting thing: Rumi lived more than 800 years ago.

Born in 1207 in Vakhsh, a small village in what is now Tajikistan, Rumi’s life was one of a traveling Muslim scholar and preacher. His journeys took him across the Byzantine Empire, from Uzbekistan to Iran to Syria, and finally to Turkey, where he would spend the last 50 years of his life.

Rumi’s moment of spiritual awakening came in 1244, when he met and began studying under the guidance of wandering mystic Shams of Tabriz. Rumi formed a deep bond with his mentor and was transformed from a traditional Muslim scholar into a spiritual mystic.

After three years, Shams disappeared suddenly one night. Though Rumi searched for him, Shams was never seen again. It was rumored he had been killed by a jealous son of Rumi himself.

As often happens in our fragile species, growth comes from crisis and pain. Rumi’s response to his loss was to begin writing poetry. From age 37 to 67, he wrote 3,000 poems dedicated to Shams, the prophet Muhammad and God. He also wrote over 2,000 rubayat (four-line quatrains). His masterwork, a six-volume spiritual epic entitled, The Masnavi, was composed of thousands of individual couplets.

Why is this ancient Sufi poet so popular in today’s world?

The power of his Rumi’s work comes out of deep love and loss. He writes of joy and pain, of our separation from our source and our eternal search for reunion, of facing our fears and overcoming their power over us. Turn on any popular music station and these are the same topics you’ll hear told in modern verse.

Was Rumi eight centuries ahead of his time? I don’t think so. I think what we can learn is that these topics are inherently human and eternal.

Here are some my favorite Rumi verses… 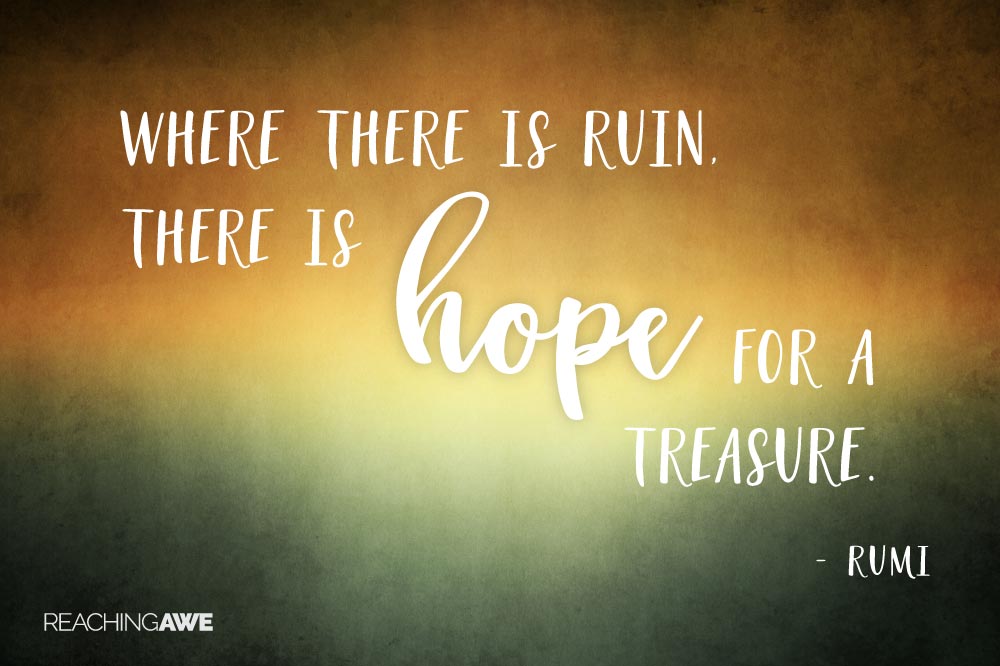 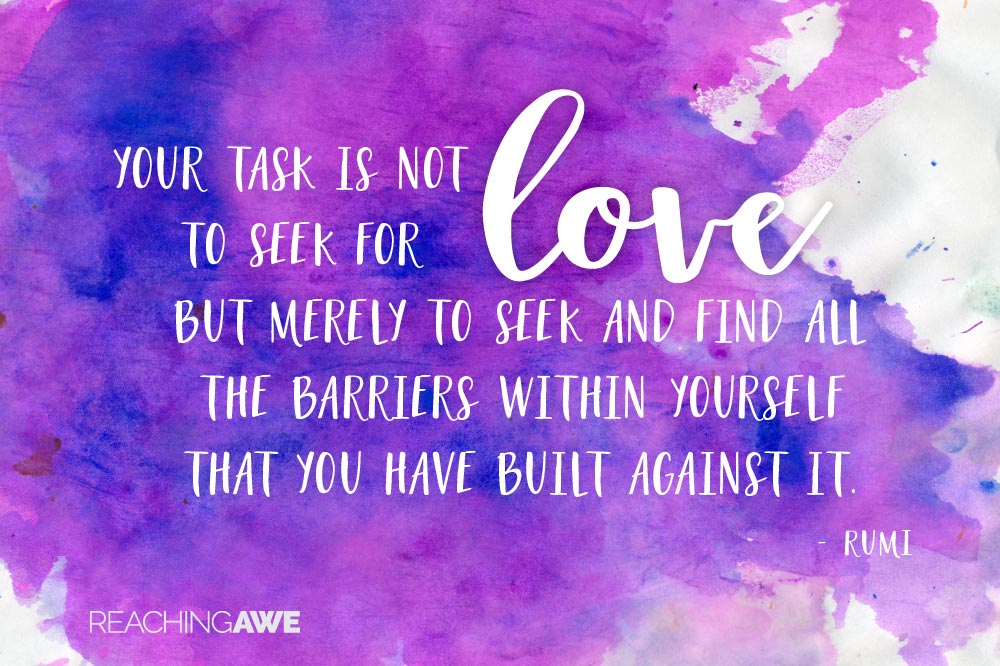 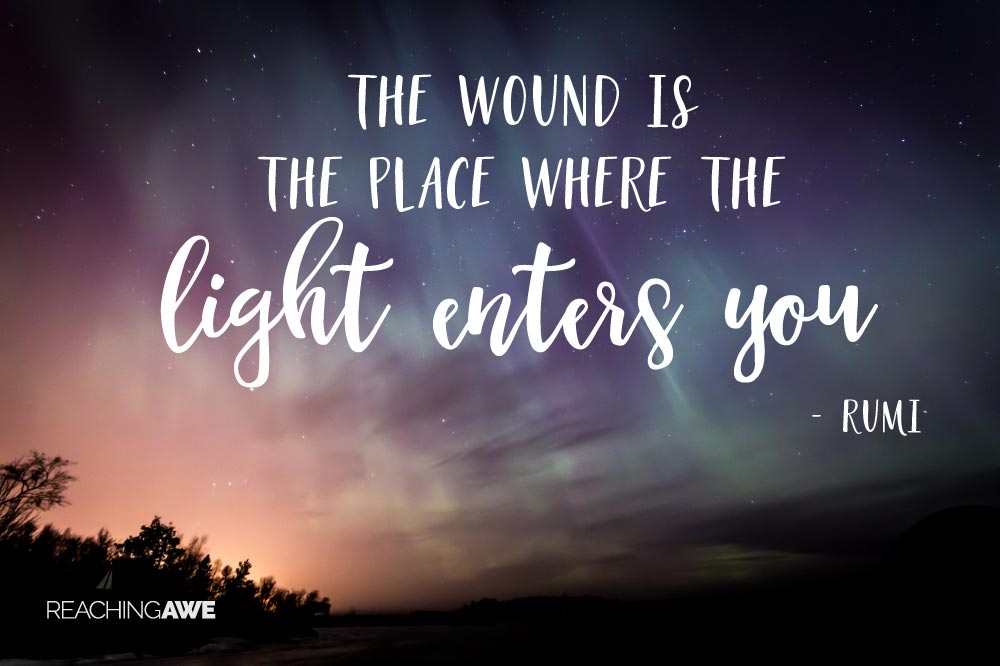 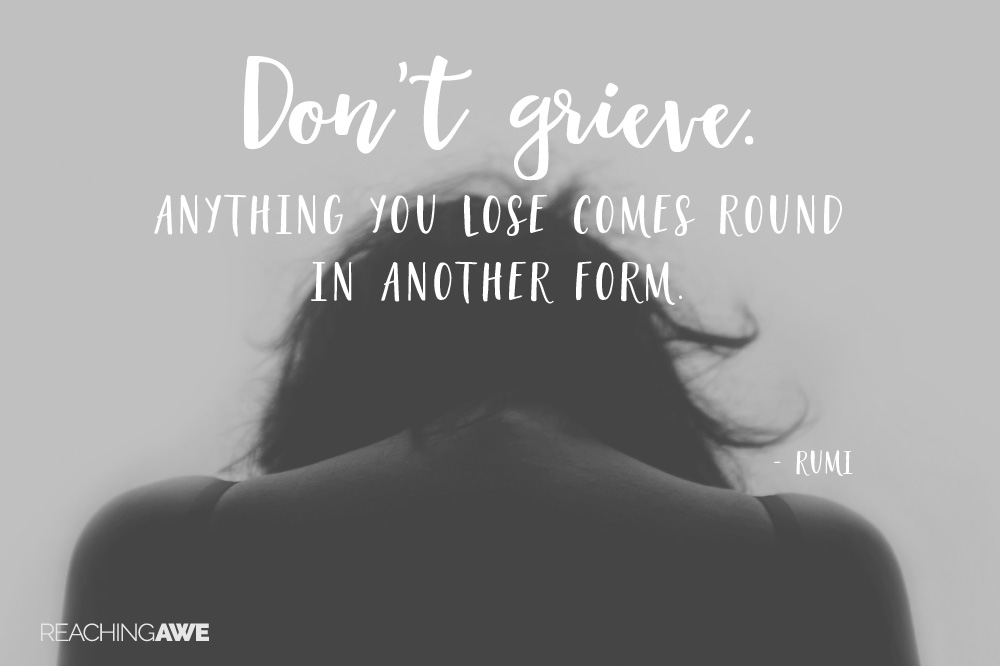 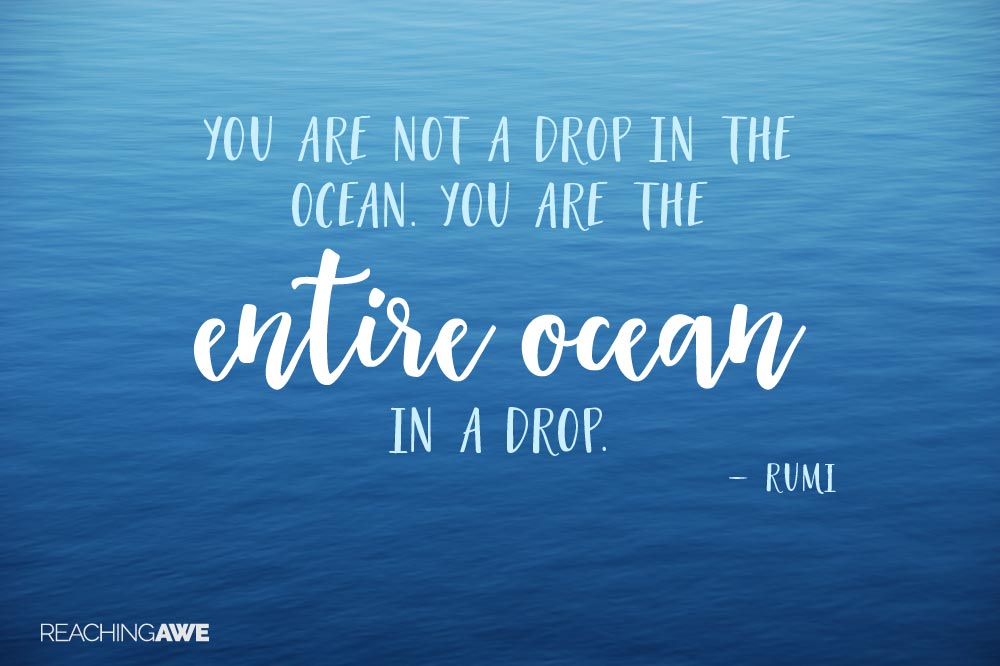 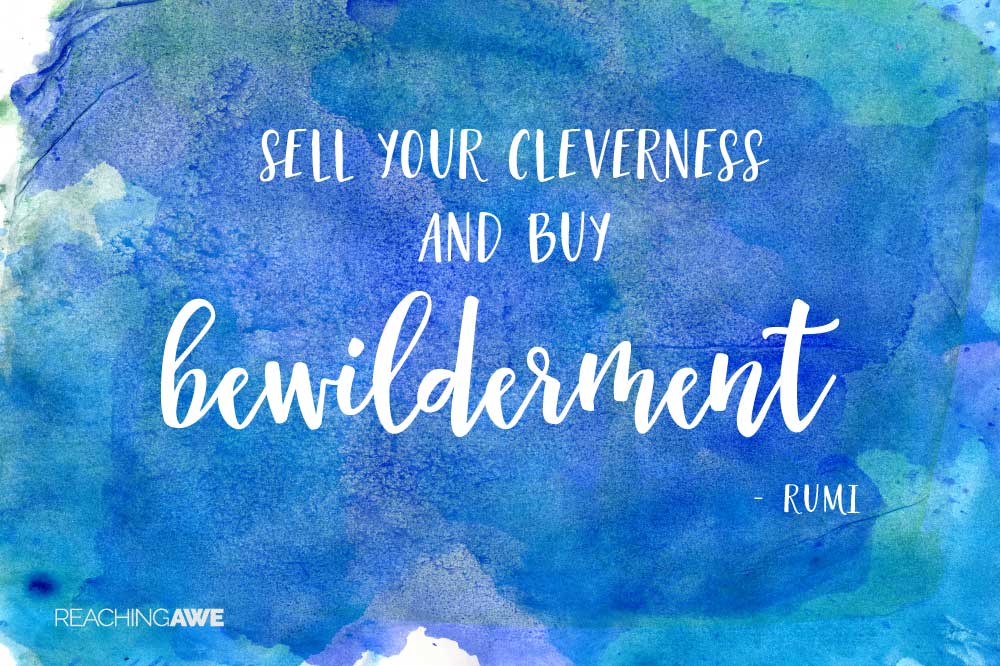 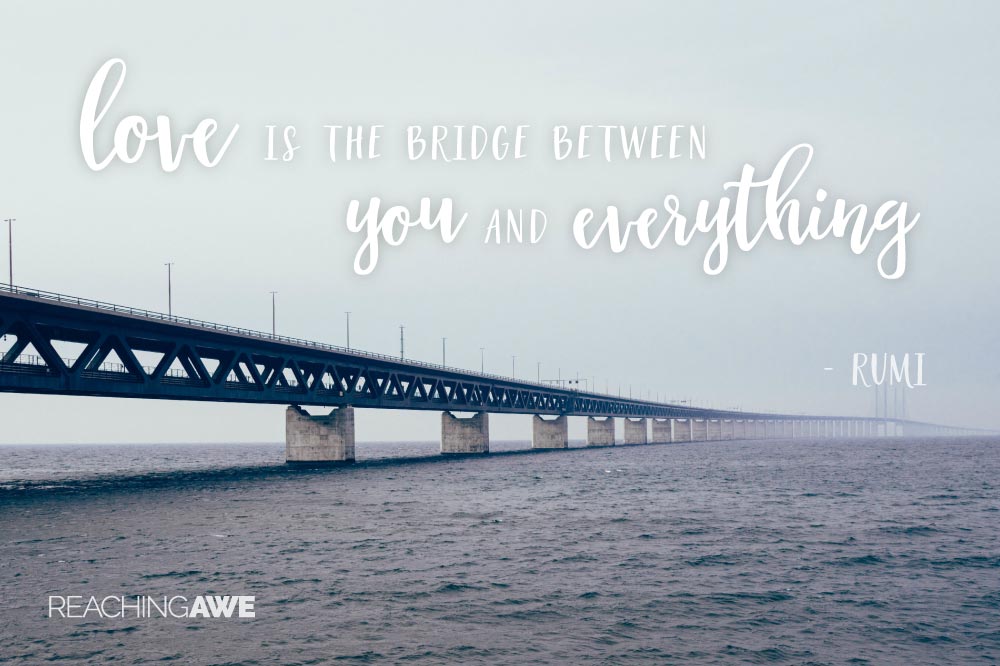 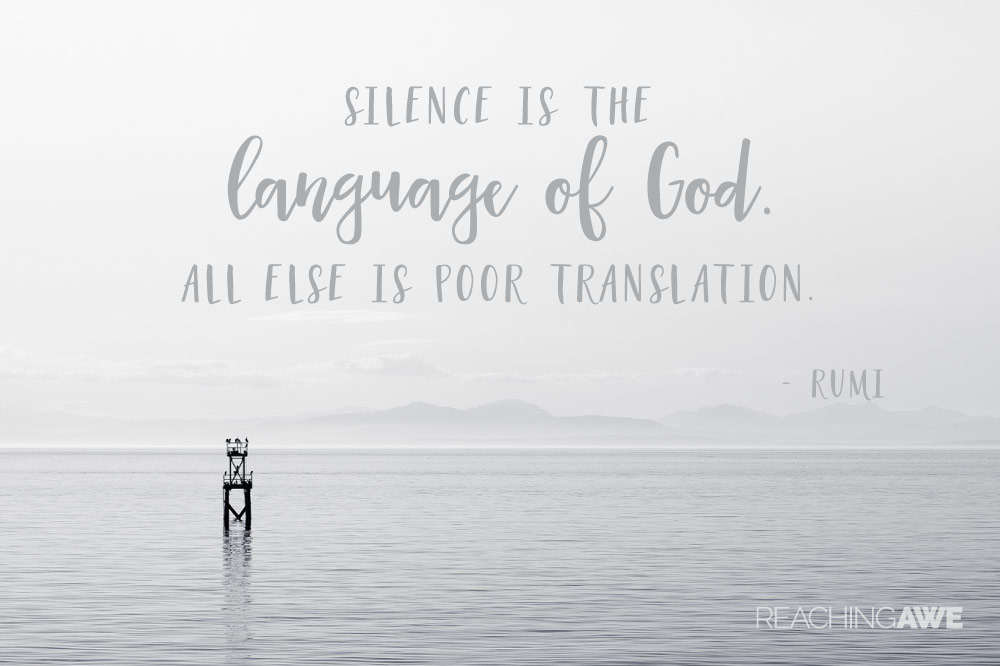 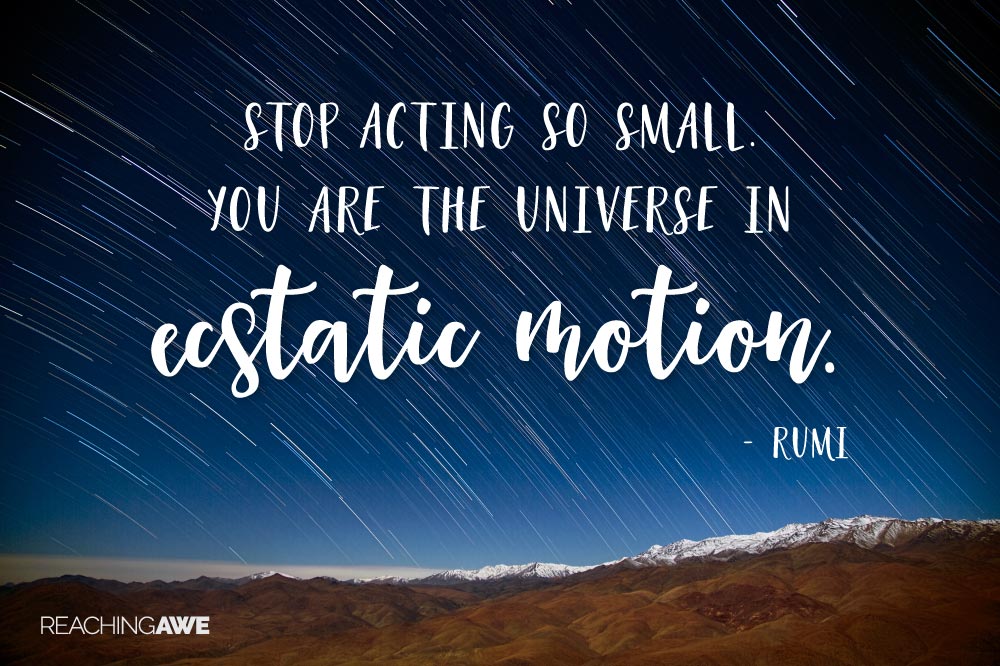 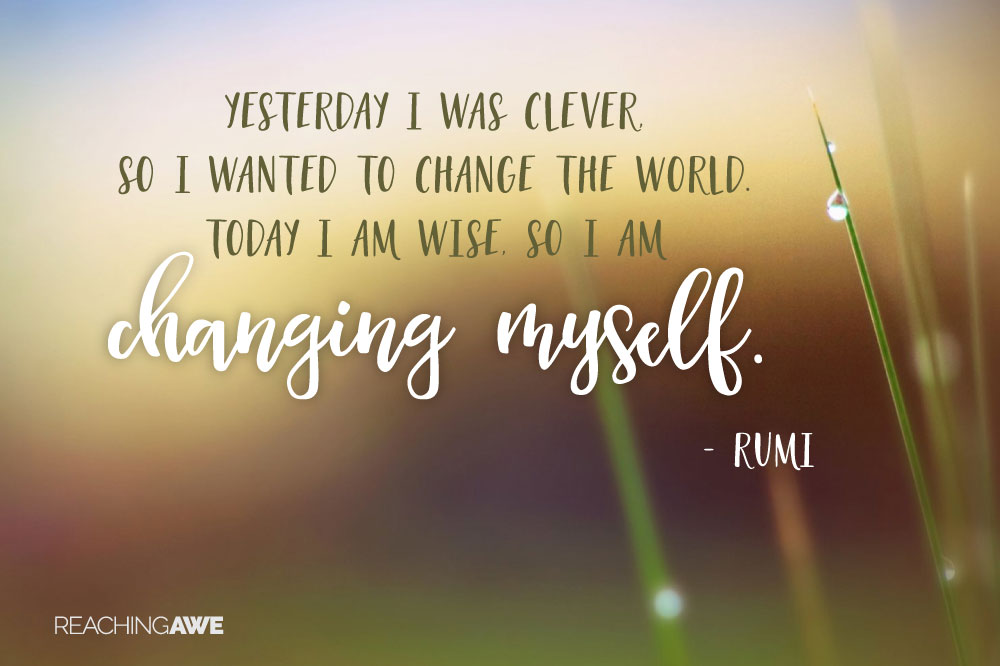