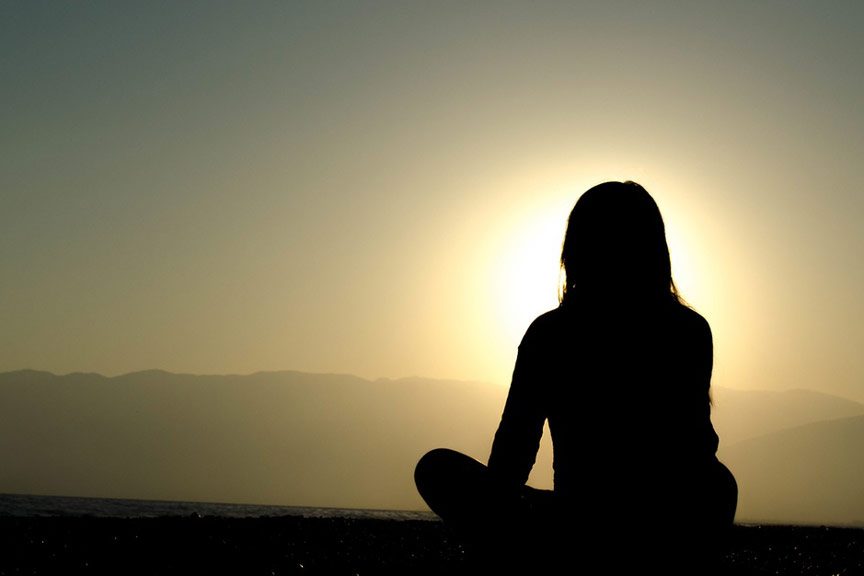 “What you think, you become.” — The Buddha

“He who knows his own self, knows God.” – Prophet Mohammed

Perhaps the one thing all the world’s great religions have in common is that they seek to offer a solution for human frailty and suffering. Whether through confession, grace, ritual or adherence to a strict moral code, they attempt to provide a method through which we can overcome our imperfections and connect with something deeper.

Each faith is unique in its definition of redemption, but one thing they all share is their reliance on a model of sin. Our lives are difficult and painful, they say, because we as individuals are imperfect and weak. The universe was set up with a specific set of rules and expectations, and someone is not living up to their end of the bargain. Guess what: that someone is you.

Looked at another way, orthodox religion offers a means to end suffering, but it tends to make us feel really bad about ourselves in the process. The model of sin and salvation is as old as society itself, but has always pointed to us humans as the bad guys. We are the ones who fail to live up to our potential and are thus punished, banished, separated from grace, etc. It’s up to us to admit our failings, accept grace and try to do better.

This is a drastic oversimplification, of course, but this post isn’t really about religion anyway. It’s about meditation and how it can be a means for positive change, regardless of your personal religious beliefs (or lack thereof).

The exception to the “sin” rule

If there’s an exception to the group of cherished faiths I so carelessly lumped together above, it is Buddhism. (Yes, I know Buddhism isn’t technically a religion according to many of its adherents, but stay with me here.)

Rather than defining sin as a weakness, Buddhism looks at our pain and suffering as a natural part of the human condition. In the Buddhist tradition, anything that causes you sorrow, anxiety or dissatisfaction is defined as dukkha. And dukkha is not your fault, because it’s simply the way the world works.

But here’s the good news (according to my Buddhist friends): dukkha can be overcome. And in terms of the way the western world traditionally understands religion and questions of existential meaning, this is a radical shift in thinking.

What’s unique and hopeful about the Buddhist approach is that it allows you to take all the failure and negativity in your life and place it into a new mental category. No longer is your suffering simply a result of your sin or weakness; instead it is something that, through practice and behavior change, you can begin to overcome, or at least minimize.

One of the most effective ways to do that, said the Buddha, is to practice meditation.

Before the Buddha suggested this radical new understanding of the human experience, the availability of individual transcendent experiences was very limited. Only a few select individuals were able to access knowledge about their place in the world and how to improve their condition.

What often happened in early human societies was that a shaman or guru or religious master would go to the desert, or climb a mountain, or engage in a specific set of sacred rituals. After some time, he (and it was almost always a he) would experience transcendence and connect with the divine, which revealed to him previously hidden truths about the universe. He would then bring back this new knowledge and inspiration for the rest of the tribe. Members of the community could only participate in the experience indirectly.

This primal model of transcendent experience still exists in today’s religion, except that instead of shamans and gurus, we have priests, rabbis and other religious leaders who go through special training in order to correctly interpret for us the ancient wisdom. So in effect, as a result of the orthodoxy of today’s religion, individuals are still largely separated from direct transcendent experiences that can bring about change.

But what if every person could, as a result of a simple contemplative practice, bring about his or her own transcendent experiences? What if we each had the ability to change our thoughts and experiences and even our brain chemistry for the better, via meditation?

Unlike the rare epiphanies that brought about religious fervor and devotion in ancient times, meditation is not a sudden, dramatic revelation. It is a gradual process that, when practiced regularly, can create undeniable positive changes in one’s health, thought processes and quality of life.

The health benefits of meditation are undeniable, and you’re likely already aware of them. It can reduce stress, slow aging, increase happiness and even decrease chronic pain. And what we now know about brain plasticity shows that meditation can change one’s thought processes as well. Studies have shown it noticeably improves creativity, concentration and memory, and actually increases mass in the parts of the brain that govern learning and emotional regulation.

But meditation goes deeper than that. Beyond the physical changes, many meditators also report more happiness, a more intimate understanding of themselves, and a deeper feeling of connection to the world, or even to God.

And the good news for spiritually minded people is that meditation doesn’t interfere with your personal spiritual beliefs; it only enhances them.

A distinct difference between traditional religion and a contemplative meditation practice is that religion is group-oriented while meditation is an individual approach. Becoming more centered and mindful is by definition an inward journey, and it can be hard to take others along with you when you’re exploring your inner self.

But meditation doesn’t have to be a solo affair. There’s been a surge in meditation groups in many communities and several religious organizations now offer group meditation classes. There are even apps that allow you to participate in group meditation with others (though I’m not sure what the benefit would be…perhaps it enhances the feeling of social connection and camaraderie?).

But my belief is that if meditation can change individuals, it can change groups as well. As more people practice it, they spread the word. As more people are drawn into a meaningful practice of growth, their compassion and change are magnified. This happens not through religious orthodoxy or following prescribed rules or rituals, but through individual behaviors that inspire others to change.

There are also a number of groups involved in bringing meditation training to those who have never had access to it before. I personally practice Transcendental Meditation (TM) and one of the major proponents of TM is film director David Lynch, whose charitable foundation brings meditation training to at-risk children and schools, poverty-stricken countries in the third world, soldiers suffering from PTSD, women and girls who are victims of violence, and homeless shelters.

The efforts of a number of individuals working together is indeed bringing change to more and more groups and communities throughout the world.

If meditation can change groups of people, can those people change the world?

Maharishi Mahesh Yogi, the founder of TM, proposed that when as little as 1% of a population begins a meditative practice, peace and healing would naturally increase throughout the overall group. Some studies along these lines have indeed shown that crime rates in urban areas seem to have been reduced as a result of the focused efforts of meditators.

Some criticize these studies as being biased or incomplete. But whether or not you ascribe a metaphysical component to it, it’s hard to argue that small groups of people can’t make a big difference. Even the well-accepted diffusion of innovations theory proposes that as little as 10-20% of a population can cause significant shifts in the overall behavior of a group as they adopt new ideas and practices.

I don’t know if the number is 1% or 20% or something in between, but the more I practice meditation as a way of deepening my own spirituality, the more I think that change isn’t just happening inside me, it’s happening outside as well.

Like ripples in a pond, personal change radiates through multiple lives. Eventually the ripples combine into waves, and those waves have the force to trigger significant growth in human society.

Can meditation save us?

Will meditation save the world? Our short lives on this tiny planet seem insignificant in the face of such daunting challenges as war, climate change, genocide, racism and other human catastrophes. Can one simple practice put an end to all that and create a Utopian future for the human race?

But here’s my question: If meditation can make a growing number individuals healthier, happier, slower to anger, more compassionate, more forgiving, and more willing to bring about positive change, how can that not be good for our society as a whole?

It’s not a religious answer and it doesn’t have to interfere with anyone’s particular spiritual beliefs. You can be a Christian, Buddhist, Hindu, Muslim, Zoroastrian or atheist and it will still work. Meditation can change how you think and that can change who you are. Once you change, you inspire others to do so as well.

So in that sense, maybe meditation can save the world, a little bit at a time. Maybe it’s already started.