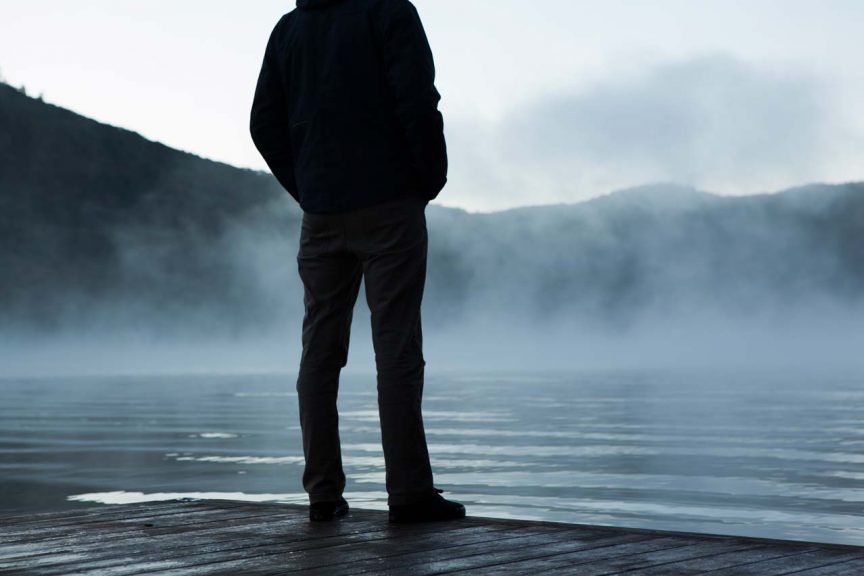 “Life can only be understood backwards; but it must be lived forwards.”
Soren Kierkegaard

Let me tell you about Annie.

Annie (not her real name) was the girlfriend of someone in my extended family. A few months after the two of them moved in together, her partner (my family member) was killed in a sudden, shocking accident. I won’t recount the story here because it’s painful to remember and because it’s not really pertinent to this post. But suffice it to say that everyone was horrified and it made the evening news.

Annie was understandably devastated. Reeling from the shock, I could see her desperately grasping at emotional straws. How could her partner have been taken from her so quickly and tragically? How could what seemed like a typical day end with her seeing coverage of her partner’s death on the news? How could something like this even be happening?

Her friends tried everything they could to console her. Nothing could penetrate the shock and grief. Feeling helpless, they defaulted to that phrase we hear so often in times of uncertainty, pain and loss: “Everything happens for a reason.”

I’ve written before about why you should never, ever say this to someone who is hurting. Annie is the perfect example of why saying “everything happens for a reason” only makes things worse. This empty phrase just left her feeling more lost because, seriously, there was no logical reason for this tragedy.

Aside from the desire to wake up from what felt like a horrendous nightmare, what Annie craved more than anything was a meaning — something, anything to explain why such a senseless tragedy had occurred. But right then, in the midst of her suffering, there was no explanation or meaning to be found.

Why we seek meaning

Our human minds are wired to seek meaning in everything. We’re not comfortable with things that are accidental or just the result of dumb luck. We automatically seek meaning for every event, small or large. It doesn’t matter whether our favorite athlete has a bad game, our chosen political candidate loses, or someone close to us dies…we want to know why it happened and what it means.

Whether we know it or not, we build our own meaning and we do it for a very good reason. The meaning we attach to a particular event — especially if it’s traumatic — is part of the narrative that becomes our life’s story. It’s what connects our past to our future. It’s how we make sense of painful events and recognize the growth that can come from them.

The meaning is what helps us understand that suffering is worthwhile.

Today my girlfriend Linda attended a mental health conference led by a number of current thought leaders in the fields of personal growth and positive psychology. Honestly, I was totally jealous because a lot of these folks are my personal heroes, such as emotional intelligence researcher Daniel Goleman, the “world’s happiest man” Matthieu Ricard, and (Linda’s favorite) vulnerability advocate and bestselling author Brene Brown.

I’m a big fan of Brene Brown too, and Linda was nice enough to send me a few quotes and highlights throughout the day. Here’s what Brene said about why we create stories to make meaning…

“We’re wired for survival above all else. So the minute something hard happens, our brain says, ‘I need to understand what’s happening right now.’

“And the brain needs that story so desperately that if we give it that story, it rewards us chemically.”

Accepting the “now” of suffering

As Brene points out, we’re hardwired to look for the story behind our pain. The story doesn’t even have to be 100% accurate. It just has to be close enough to the truth to help us fit the pieces together in a way that creates meaning for our lives.

The good news is that we’re able to give our brains what they need. We’re able to generate a story that leads to meaning. That story helps our brains, and our hearts, begin to heal.

The bad news is that the meaning often comes later…much later.

When bad things happen, we often can’t find meaning while we’re in the midst of suffering. In some cases, it may take years before we can attach meaning to a difficult life change. The divorce you’re going through may not make sense to you now, but years later, in the midst of a new relationship, you may be able to see that the short-term heartache was worth the long-term success of finding a more fulfilling relationship.

It would be nice if the meaning of our suffering could be seen clearly as we experience it, so we could just check it off our list and get back to being happy. But that’s not how it works. We only see the new light of meaning and growth after we overcome the darkness.

Hard as it is, we have to learn to accept the suffering while in the midst of it. We have to trust that we’ll eventually be able to see our suffering from the other side in a way that gives it meaning.

How suffering leads to growth

During World War II, Austrian psychiatrist Viktor Frankl spent three years in Nazi concentration camps, including Auschwitz. His pregnant wife was murdered, as were his parents and brother. Of his immediate family, only he and his sister survived.

Fourteen years after his release, Frankl published his landmark work, Man’s Search for Meaning, where he recounts his experience as a prisoner and his many encounters with death and despair. His ultimate discovery was that meaning can be found even in life’s most painful and humiliating times.

It took him years to see his suffering in a new light, but once he did, he helped launch a whole new understanding of how humans create meaning, purpose and growth out of tragic circumstances. “In some way, suffering ceases to be suffering at the moment it finds a meaning,” Frankl wrote.

Frankl’s suffering changed him, helping him confront his helplessness and frailty, and overcome it with meaning. Here’s my favorite line from the book…

“When we are no longer able to change a situation, we are challenged to change ourselves.”
Viktor Frankl, Man’s Search for Meaning

When you face suffering and confusion, either your own or someone else’s, don’t look for reasons or logic. Don’t try to wish it away or soothe it with meaningless sayings like “everything happens for a reason.”

Instead, look for the story. Look for how the story explains the meaning behind the suffering.