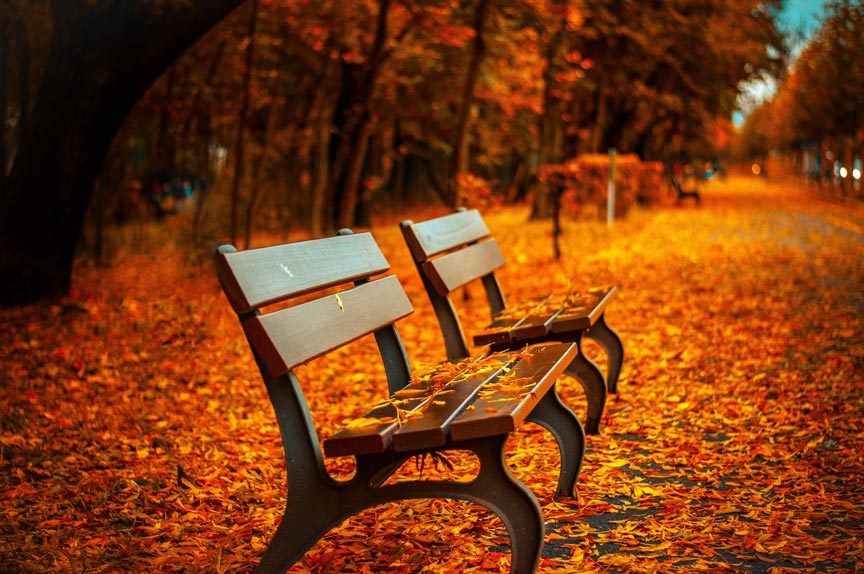 A couple of months ago I wrote about why I chose Transcendental Meditation (TM) to become more self-aware and to jump-start my spiritual growth. That article was shared quite a bit on social media and still gets lots of traffic — which tells me that many people are asking the same questions I was about meditation.

I mentioned in that article that I remembered reading several years ago that one of my favorite poets, Peter McWilliams, had adopted Transcendental Meditation back in its early days, shortly after it came to the United States. He loved it so much he wrote a book about it, The TM Book, which became a New York Times bestseller. This was the mid-1970’s, when TM mania was at its height and millions of westerners were learning the technique every year.

When I was in high school, I read a lot of Peter’s poetry. He wrote simple but passionate verse that anyone could relate to, especially if you’ve had your heart broken a time or two. Like this:

My midlife self finds it cliché now, but it’s perfect for an angst-y teenager. Which I was.

After writing that post, I got curious about whatever happened to Peter, so I looked him up. Sadly, Peter died of lymphoma in 2000. But it turns out he had also given up TM after practicing it for a few years. Why? Well, two reasons. First, because he had grown disenchanted with the TM organization, which he felt had morphed into a pseudo-religion and business.

The second reason was… wait for it… because he couldn’t smoke marijuana while he meditated.

See, the TM organization has a rule that you can’t take any drugs for 15 days before beginning their training program. You’re also not supposed to be high while you practice TM. The reasons for this seem pretty obvious to me, but Peter apparently felt that Maharishi Mahesh Yogi, TM’s founder, was doing people a disservice by prohibiting drugs as part of the meditation practice. So he completely disavowed Transcendental Meditation and its founder.

I don’t know if Peter continued to meditate in some other style, but he did continue smoking pot — and lots of it, apparently — as he became a champion for the legalization of marijuana.

I don’t smoke pot, but I do meditate, using Transcendental Meditation and a few other practices. Learning about Peter got me thinking about all the silly excuses people use when they stop meditating. Here are some of the big ones, along with some alternate ways to think about the problem.

“I don’t have time to meditate.”

This is an excuse people use for avoiding change. We feel we never have time to add anything new to our schedule, unless it’s something we want to do or there would be a consequence for not doing it. Maybe meditation sounds like a good idea but you’re thinking: “I’m so busy with my kids and work and friends and activities that there’s no way I could spend 20 minutes every day meditating!”

Here’s a question: How much time every day do you spend watching television, or playing on your phone, or aimlessly scrolling through social media? Maybe you’re not quite as busy as you think.

Here’s an even better question: How much time do you spend feeling stressed every day? What if there was a way to turn those miserable, anxious moments into something positive, and actually become more productive and less stressed?

That’s what meditation does. When you make it a habit, it turns your negative moments into positive ones by lowering your stress level and making you feel more positive about your life. As a result, you actually end up with more time, more productivity and a better attitude overall.

“Meditation hasn’t made any difference in my life.”

Did you know that 40% of people will abandon a web page that takes more than three seconds to load? I hate waiting as much as anyone, but when did our society get to a point where we can’t wait three seconds for something?

One of the dangers of modern society is that we expect instant results from everything. We’ve been trained from birth to think that if something doesn’t pay off immediately, it’s not worth our time. It’s a destructive mindset because it causes us to discount some of the most precious things in life.

Like most things that are worthwhile, meditation is not an instant reward. It’s a process. Like body training, dieting, studying for a degree, or learning to play an instrument, progress takes time, and you won’t see results after just a session or two of meditation.  It requires some consistency, with the goal of making meditation a daily habit.

The good news is that, unlike learning the violin, you can see positive results from meditation after just a few days or weeks. When I began meditating, I noticed almost immediately that I felt more rested and calm during the day. And after about three months of practice, meditation had become an enjoyable experience that I looked forward to every day.

When you meditate, what you’re learning to do is focus your attention on the present moment. If while meditating, you’re thinking, “Wow, this sure is boring,” then of course meditation is boring. But part of the process is being able to take a curious, nonjudgmental view of your thoughts and emotions, whatever they are, as they come to you in the present moment.

When something comes into your consciousness while meditating, you briefly acknowledge it, examine it with curiosity and then let it go. The thought, whatever it is, then tends to just drift away. It will eventually be replaced with something else, but that’s what our minds do. They move from one thing to another without being directed.

Meditation is about learning to be present in the moment and observe your thoughts without becoming attached to them. Just because you have a thought about boredom doesn’t mean that you have to let it grab your mind and run away with it.

Just continue to watch your thoughts — all of them — as they come and go. You’ll be amazed at what you can learn this way.

“I can’t do meditation right.”

Do a web search on “how to meditate” and you’ll find literally millions of articles telling you how to sit or pose, how to hold your mouth, how to breathe, what to listen to, what time of day you should do it, how often you should do it and how you should focus your thoughts. This can be overwhelming and confusing, especially to a beginner.

The good news is that you can ignore all of these methods. There is no “right” way to meditate.

The key is to find a method of meditation that works for you, and then to practice it until it becomes a habit. For me, it helped to have a teacher and a prescribed method, which is why I chose Transcendental Meditation, but I don’t prescribe that as the “right” way for anyone else.

Throw out any thoughts of finding the right way to meditate. The only right way is the way that works for you. Find a simple method and try it, do it consistently and allow it to evolve over time.

As the current meditation craze grew over the past few years, we saw more and more news reports about the benefits of meditation. Everyone from celebrities to news anchors to politicians were jumping on the bandwagon.

Now that the meditation news cycle has mostly run its course, we’re beginning to see the inevitable backlash. Lately there are stories about the dangers or “dark side” of meditation. Some articles even say that meditation, taken to its extreme, can cause you to lose your relationships, your identity and your sense of self.

Dr. Theodore Zeldin, an Oxford academic, says that meditation is just muddling our brains and teaching us not to think, allowing us to escape inside ourselves and avoid real life. “I think mindfulness and meditation are bad for people, I absolutely think that,” he says. “People should be thinking.”

With due respect to Dr. Zeldin, he should give it a try before he passes judgment.

I’m not saying there’s no possible downside to meditation. I’m saying that the negatives are so incredibly rare that they should never be used as a reason not to try meditation.

When you meditate, one of the things you’re doing is cracking open a few dusty doors into your unconscious. This can be uncomfortable at times, but not dangerous. Shining a little light in those dark corners is one of the best ways to become a happier person overall.

“My body gets sore when I meditate.”

Maybe you have a mental image of sitting bolt upright with legs twisted into a pretzel and fingers held in a perfect circle, just so. If you’ve tried to hold a position like this for more than 60 seconds, then yeah, that hurts. You’re gonna be sore.

So forget all that. Meditation doesn’t have to be about a certain posture or pose.

I know some Buddhist and Hindu practices swear by specific poses that are supposed to open up certain chakras and whatnot. If you want to go study in an ashram and learn those techniques, by all means do it. But if you want to start with a simple meditation practice that opens up your mind, just do it without a posture.

Meditation doesn’t have to be uncomfortable. Sit, stand, lie down – just find a posture that is comfortable and allows you to stay alert without falling asleep.

There’s still a bit of distrust of mindfulness and meditation, primarily in America, because it’s relatively new here. People assume it’s a “spiritual” or “cultish” practice, and they look sideways at you when you tell them you meditate. They think you must believe some strange things, or you’re some kind of New Age hippie.

Of course those people are wrong. Meditation is about becoming more centered, self-aware and happy.

If you prefer a more materialist, brain-centered view, then think of meditation as simply a way of helping your brain organize its scattered, random processes into a more organized, effective system. It’s like a workout for your brain.

Meditation has been scientifically proven to work, regardless of your personal spiritual beliefs (or lack thereof). If you feel someone would be uncomfortable knowing that you meditate, just don’t tell them. Or do, and let them think you’re a weirdo. It’s part of the fun.

“My meditation teacher/guru disappointed me.”

This is perhaps the silliest reason of all, and it’s the category Peter fell into. Not that I fault him for it, because it is utterly human for us to seek out leaders or teachers whom we believe can “save” us or reveal to us something hidden that we can’t find in ourselves.

We always fall for charismatic leaders and they always disappoint us. If you need more proof, check out the documentary Kumaré. It will open your eyes to our intense human desire to blindly place our faith in others rather than ourselves.

Never trust a guru (or a politician for that matter). They will always disappoint you. If you take up meditation, do it for yourself, not because you need to follow another person or someone’s specific practice.

Instead, look inside yourself and see what you can find. Just sit and observe, and do it without judging. You’ll be amazed at what opens up to you.