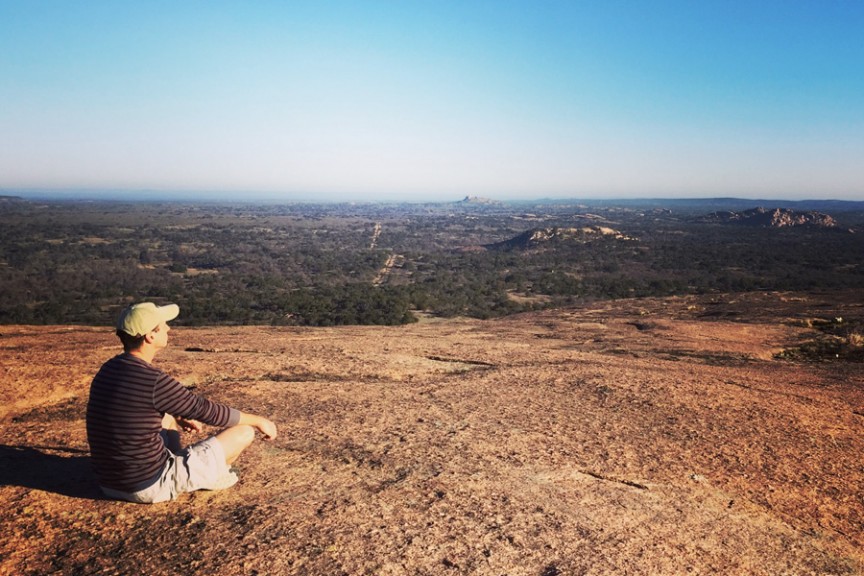 When I was a kid, practically every time a music artist accepted a Grammy, he or she would thank the Beatles. Back then, I never really understood why, nor did I really even enjoy the Beatles’ music much at the time.

Now that I’m older, I’ve gained a big appreciation for both the Beatles’ incredible musical talent and their significant influence on society. So it now makes sense to me that so many artists feel they owe the Beatles a major debt of gratitude.

I guess indirectly I do too.

In addition to their musical influence, the Beatles also helped bring Transcendental Meditation (TM) to the West. If they hadn’t, I probably wouldn’t be doing it twice a day now.

In 1967, the Beatles started meditating. More specifically, they met Maharishi Mahesh Yogi on his lecture tour through Europe. They were instantly hooked on meditation and followed Maharishi back to India on a spiritual quest that has become part of Beatles lore.

Their Indian pilgrimage wasn’t a publicity stunt. John and George explained in an interview how meditation had already improved their lives, just six weeks after beginning the practice. 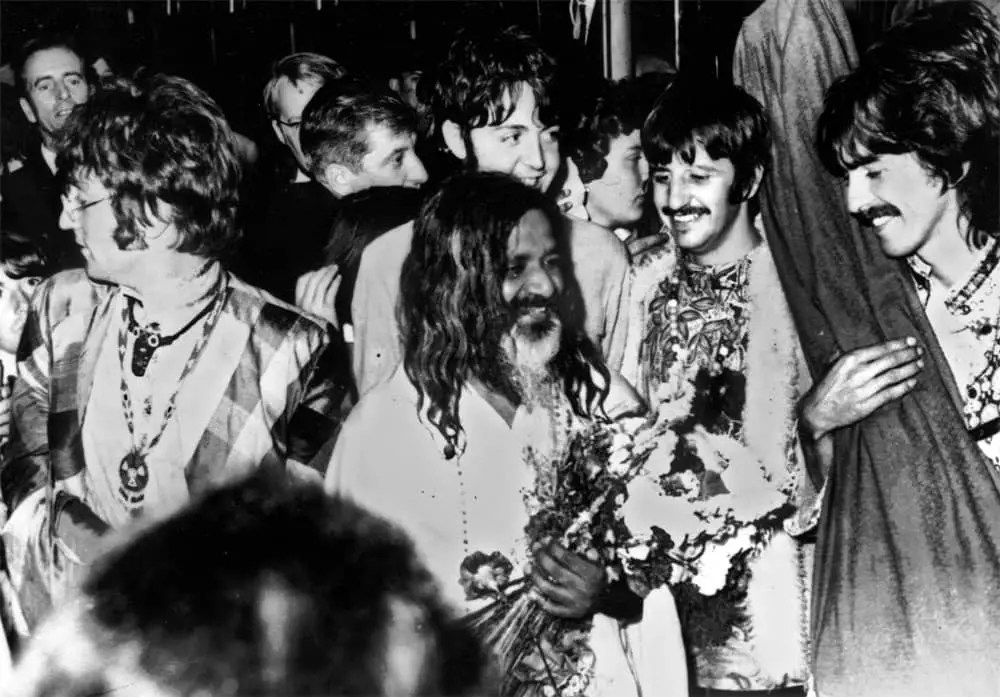 The Beatles with Maharishi Mahesh Yogi in India, 1967 (Source: BeatlesBible.com)

Meanwhile, back in America

Growing up in the American south, I thought the increasing fascination with Indian spirituality and mysticism was a little freaky. I mean, there were all these strange outfits, multiple gods with weird names, beings reincarnating into other beings, and long beards everywhere.

To me, sitting in a lotus position and chanting seemed about as far from traditional American Christianity as one could get. I remember hearing at least one Baptist preacher use the word “cult” when referring to the meditation craze.

Much of the western world seemed to feel the same way. Which is, I suspect, why Maharishi Mahesh Yogi worked so hard to popularize a simplified version of the ancient practice that, stripped of its spiritual and cultural roots, would be more palatable to the western mindset. It caught on like wildfire, with a million people having learned the technique by 1980.

Still, as the grandson of a Methodist minister, and having attended weekly church services as a kid, I felt my Christian roots and practice to be quite suitable for fulfilling my spiritual needs, thank you very much.

Why I changed my mind about meditation

With all its perceived cultural and spiritual baggage, it took me a while to come around to the idea of meditation. Eventually, though, I was no longer able to ignore it.

Still, the concept of meditation didn’t fully cross my radar until I started seeking new spiritual growth opportunities. Approaching midlife, I began to realize that my Christian upbringing and training were no longer enough. They didn’t fully satisfy my desire for spiritual growth and a deeper understanding of myself. I was looking to learn and grow more.

So when the onslaught of information about meditation met my increasingly deep existential questions, I decided I had to give it a try.

Why I chose Transcendental Meditation

It’s easy for a beginning meditator to feel intimidated. I had heard that to do it “right” you must sit in an uncomfortable position for hours while completely emptying your mind of thought. Then after years of this practice, you might possibly reach something called Nirvana…or bliss…or whatever.

I didn’t know if this was actually true but my gut feeling was that I would need some individual instruction. I felt that one-on-one coaching might enable me to go deeper into discovering some truths about myself. And if not, at least I would have a teacher to hold me accountable for maintaining my practice for more than just a few weeks.

So I did some research into local meditation courses. I didn’t find many options, but Transcendental Meditation kept popping up. It was described as an “effortless” technique that’s easy to learn and integrate into life. Twenty minutes, twice a day, that’s it. It sounded very simple.

Back in high school I had read the poetry of Peter McWilliams, who studied with Maharishi Mahesh Yogi, and I remembered a heartfelt essay he wrote about how TM had transformed him.

Next step was a Transcendental Meditation introductory presentation. By the time I attended it, I had already done so much research that I didn’t learn much that was new. I was already sold. I started the training a few days later.

It’s been six months since I began my meditation practice and I haven’t looked back. Twice a day, every day. I can attest that the claims made about meditation are true. It’s easier to do than I predicted (“effortless” isn’t exactly the right word, but it’s close). I feel better, calmer and happier.

I’ve also learned more about myself, including some unexpected insights I don’t think would have come to me without meditation.

Film director David Lynch started meditating in 1973 and claims to have not missed a single session of meditation since. He was so impressed by the power of TM that in 2005 he started the David Lynch Foundation to bring meditation training to children around the world, especially in impoverished areas where it can make the most profound difference.

“I thought when I started meditation that I was going to get real calm and peaceful and it’s going to be over,” he said. “It’s not that way; it’s so energetic. That’s where all the energy and creativity is.”

He’s right. My practice is new but it’s already improved my life. As John Lennon said, “The worst days of meditation I have are better than the worst days I had before.”