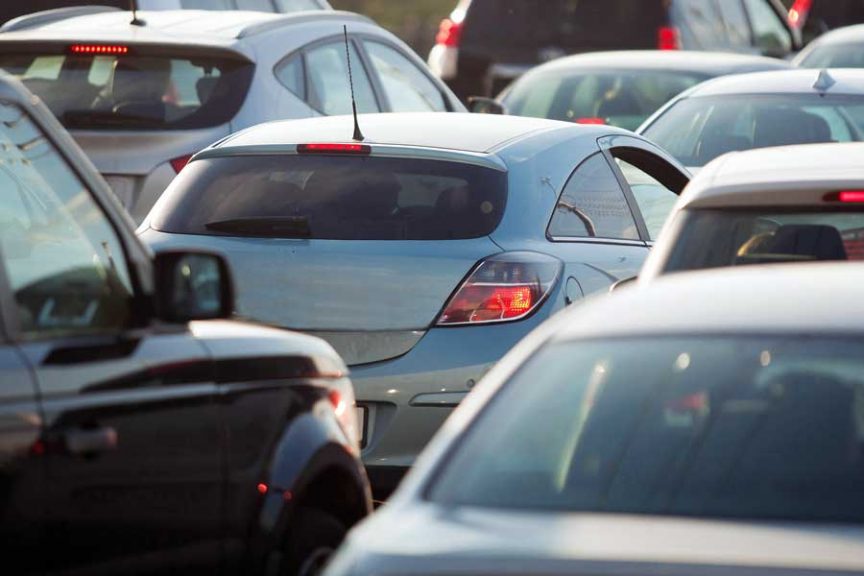 Life has been kinda nuts lately. No sleepy summer for me…between my day job, freelance work, business travel, vacation, a never-ending bathroom renovation and parenting two fast-growing girls, I’ve been left with almost no time to write, much less meditate.

But I’ve committed myself to practicing daily mindfulness and meditation, regardless of how often life gets in the way. So I’ve become more creative about how to work in daily meditations, no matter what. 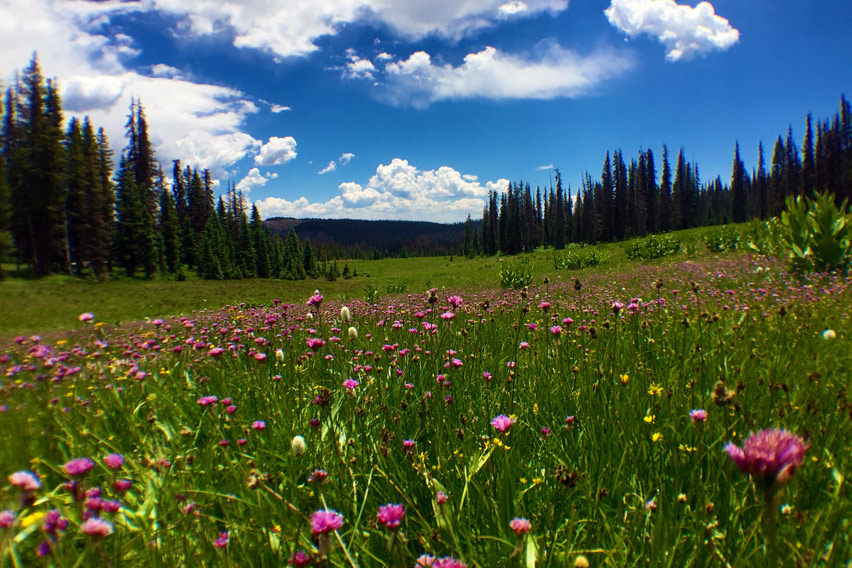 And you’d be right. That beautiful meadow sits at the top of Middle Mountain, near Durango, Colorado, and trust me, the picture doesn’t do it justice. I meditated there a few weeks ago while on vacation with my girlfriend. Sadly, after three days we had to return to reality, where my usual daily meditation station looks like this: 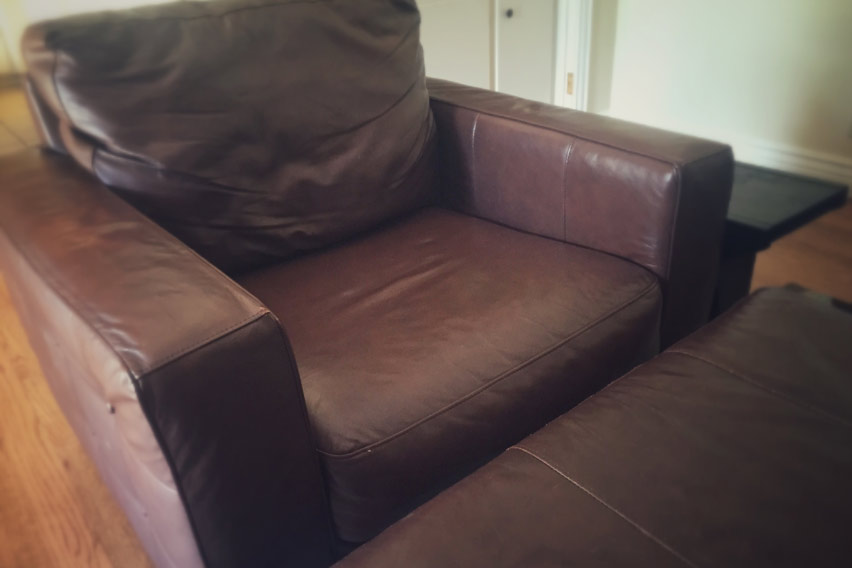 But as I said, life has been nuts lately, so even that humble chair has not been accessible. The good news is, mindfulness and meditation can be practiced anywhere. You don’t even need silence or solitude. All that’s required is a few minutes to shift your attention into a more focused place.

So in the midst of my crazy schedule, here are some of the more unusual places I’ve meditated in the last week: 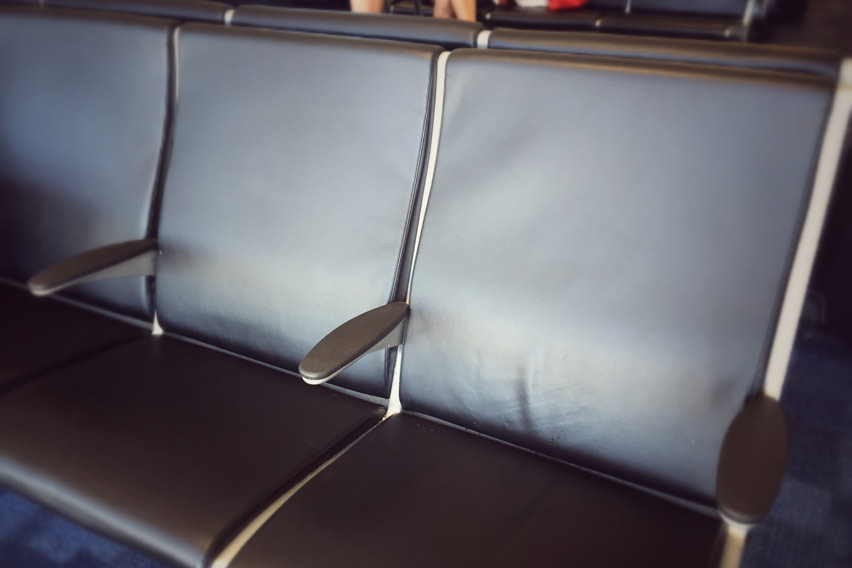 Of course the #1 activity for killing time at the airport is people-watching, but I can only do this so long before I either get bored or start judging people like my standards of personal grooming should apply to everyone. So I closed my eyes and meditated for 20 minutes while waiting to board the plane. The tricky part was focusing on something besides the overachieving business dude yelling at his employee on his phone, two seats down from me. But it was good practice in returning my attention back to something less stressful and more useful. (I wonder if the employee on the other end of the that guy’s phone call meditates?) 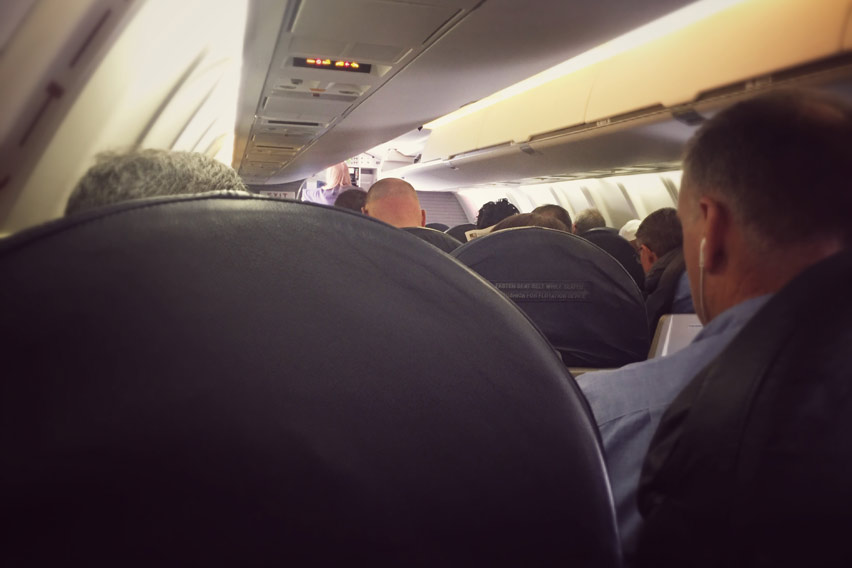 I’m convinced the universe has a sense of humor. Why? Because when I boarded the plane, there was the loud business dude in the seat next to mine. His work was apparently so important that he continued his business calls and refused to put his laptop away, even after the flight attendant told him to. People like this drive me nuts. But rather than be annoyed for the next two hours, I put in my earbuds, started my white noise app and focused on breathing. The flight went by really fast. 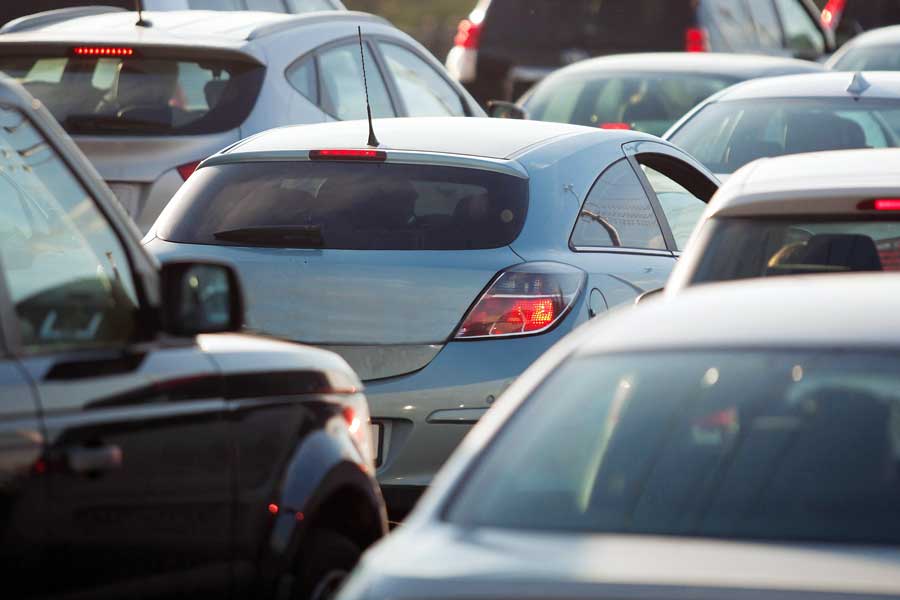 I’m blessed with a short commute these days — only about 20 minutes on most days. But I’ve always been amazed that just one person making a simple mistake on a rush-hour freeway can cause thousands of people to be late to their destinations. When that happened the other day, I sat for a few minutes at a time focusing on the taillights of the car in front of me. The red circles are a good reminder that everything in life is a circular. One bad afternoon in traffic can be followed by a great evening with my daughters. 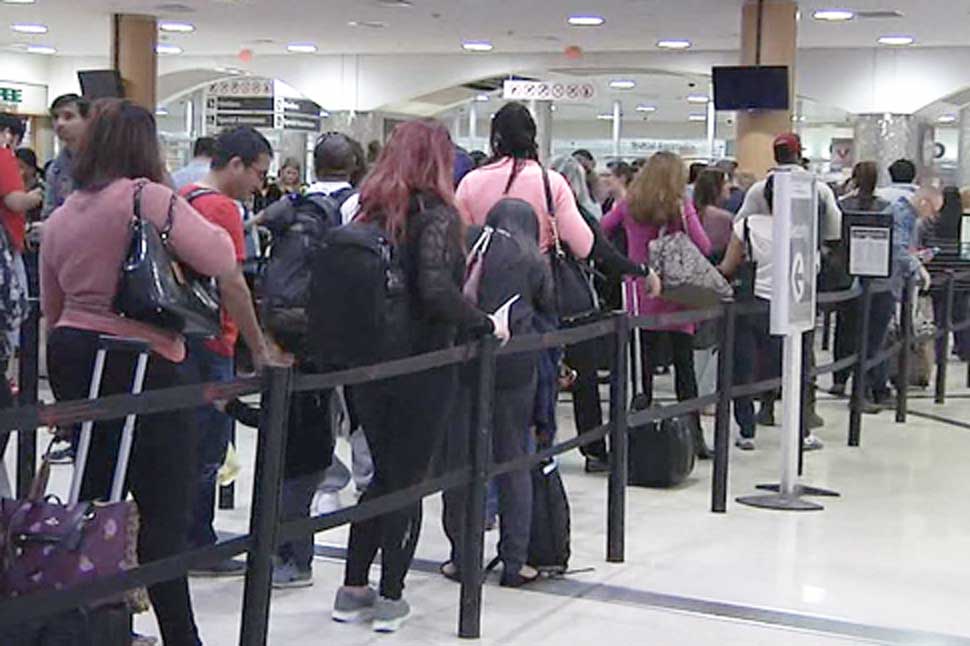 When we were hiking in Colorado a few weeks ago, my girlfriend and I ran across an entire colony of ants that was systematically moving itself to a new location. Each tiny ant carried an egg as it followed the ant in front of it to their new home. Human society will never be this organized, but at least we have lines to keep us from killing each other (which is especially important in airports). Since I’ve spent so much time standing in them the last few days, I tried meditating while doing it. It not only made the wait seem shorter, it helped minimize all the negative thoughts that usually arise in these stressful but boring situations. 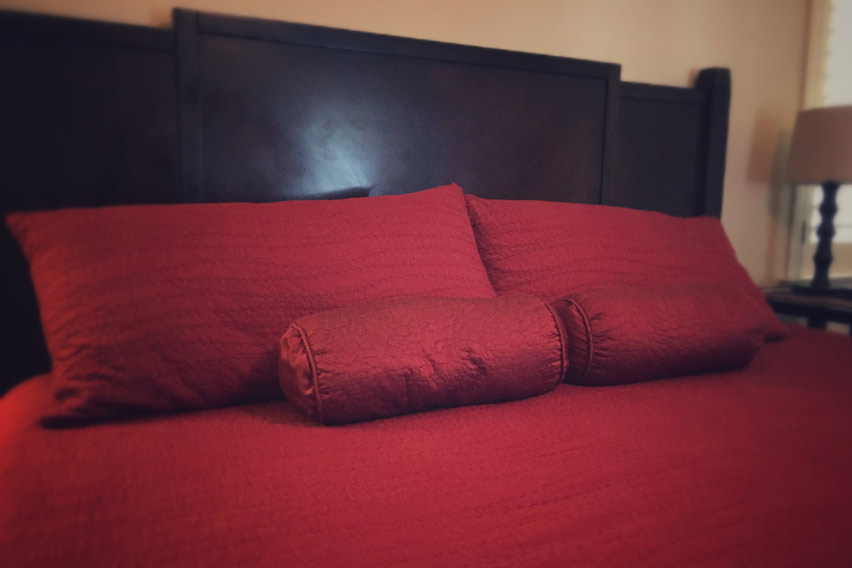 My usual form of meditation is Transcendental Meditation, which is practiced twice a day. You do the first session in the morning for 20 minutes immediately after waking up and before eating breakfast. However, my daughters have been getting up early the past few days and cutting into the morning routine, so I’ve started meditating at night before turning out the light. A few times I’ve drifted off to sleep in the middle of a session, but it’s still been a nice way to wind down and quiet my mind after a crazy day. 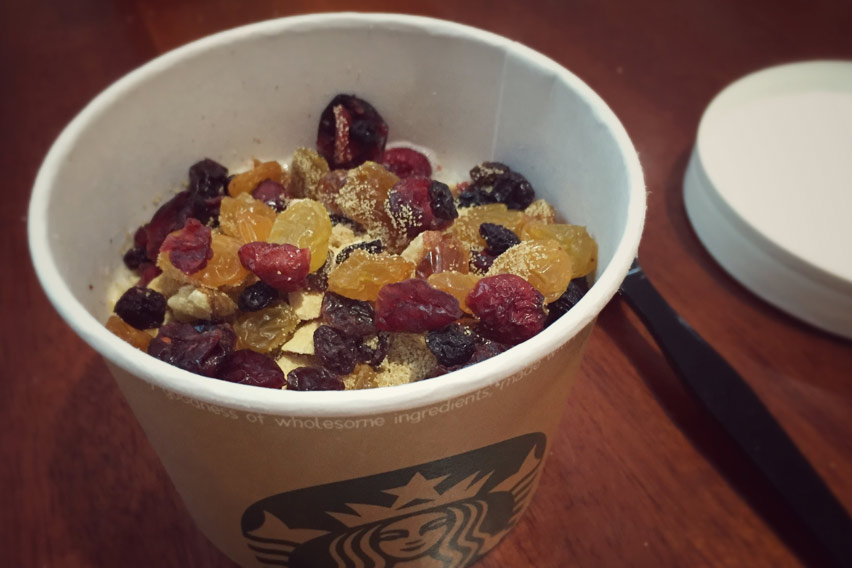 I’ve read about mindful eating several times recently, but hadn’t really practiced it until things got so busy this week. It’s a simple process of using your five senses to focus carefully on what you’re eating, right now in the present moment. It allows you to shut down the constant ruminating your mind likes to do during these times and practice being in the now. The great thing about learning this habit is that you can do it anywhere, anytime. (You’ll have to put down your phone, but it’s worth it.) 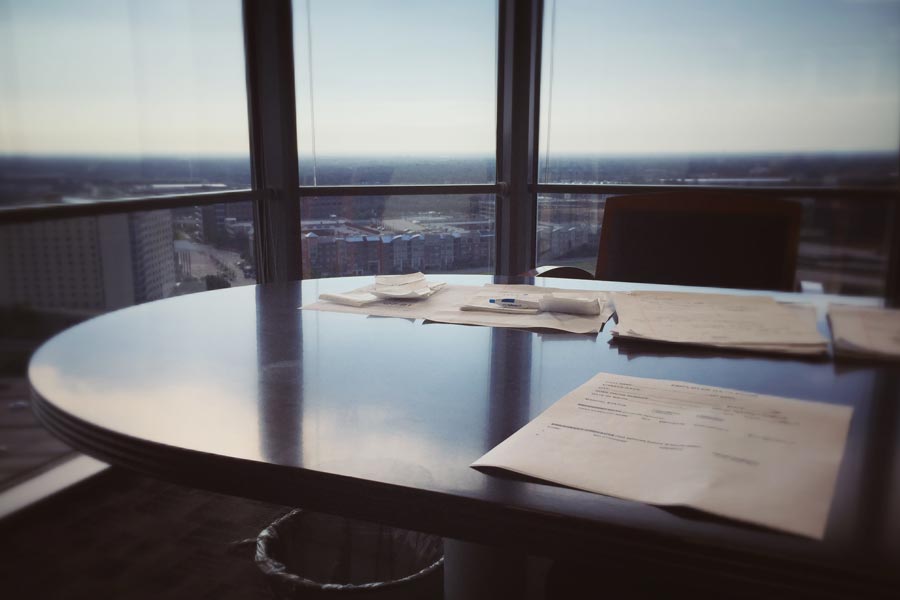 Lately my job has been more stressful than usual. Hours and workload have increased, which is not necessarily a bad thing because I love my job. But I have noticed I’m more anxious than usual. So I’ve periodically taken time to close my door, put in my headphones and spend 10-15 minutes meditating. Since it reduces my stress level, it actually makes the remainder of the day more enjoyable and more productive.

8) On a conference call 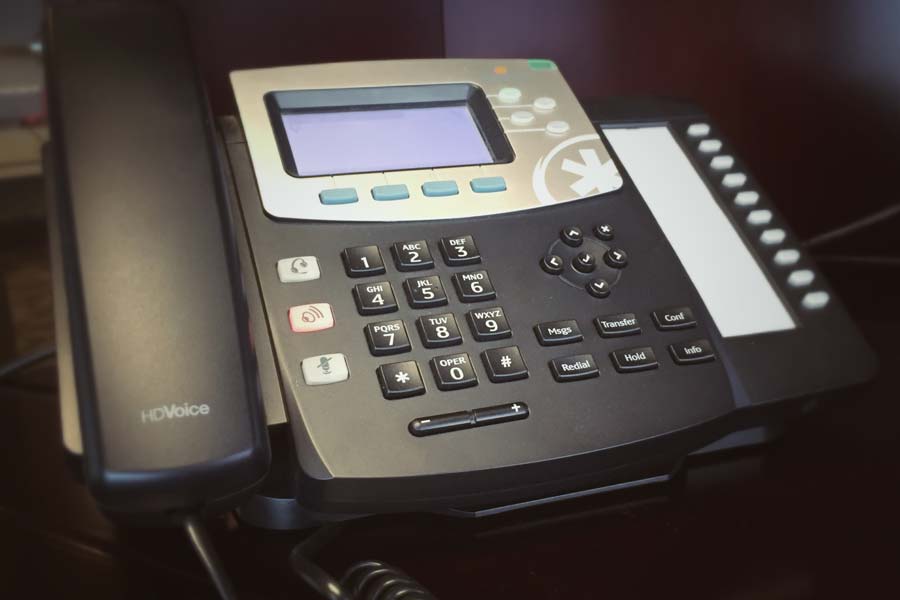 I’m lucky to have a job with very few pointless meetings. Still, occasionally I’m on a call that has long segments of people talking about things that have little relevance to me personally. So instead of picking up my phone, I tried taking a few minutes to close my eyes and meditate. When it was my turn to talk again, I found I was immediately able to mentally reengage with the conversation. This wouldn’t have been the case if I had been mindlessly scrolling through social media on my phone. 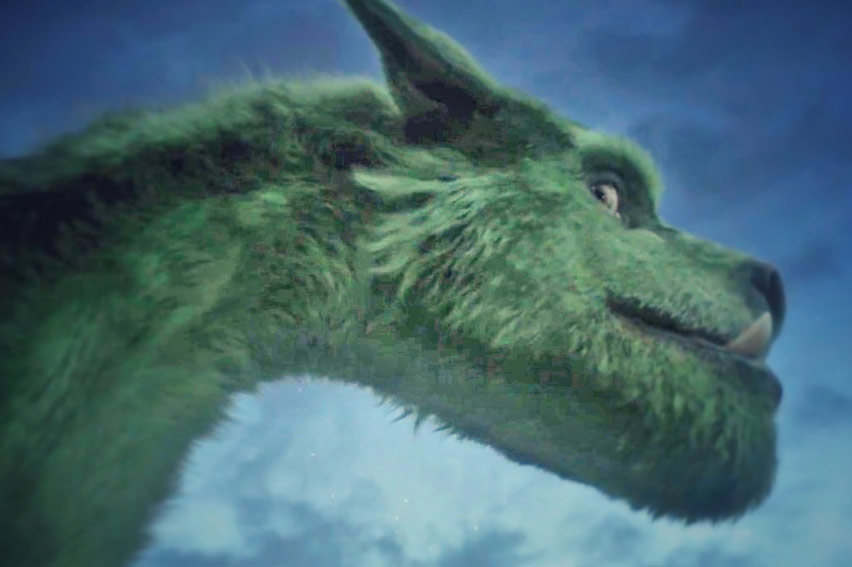 I took my girls to see Disney’s new Pete’s Dragon reboot the other day. It was long on special effects and short on substance – not that there’s anything wrong with that in a kids’ movie. But after about 30 minutes I found myself getting bored, so with both girls totally engrossed in the story, I spent the next hour meditating in 10-minute segments. Turns out it’s not too hard to tune out a movie when you have a comfortable chair and two little girls snuggled up next to you.

10) In a cabin in the mountains 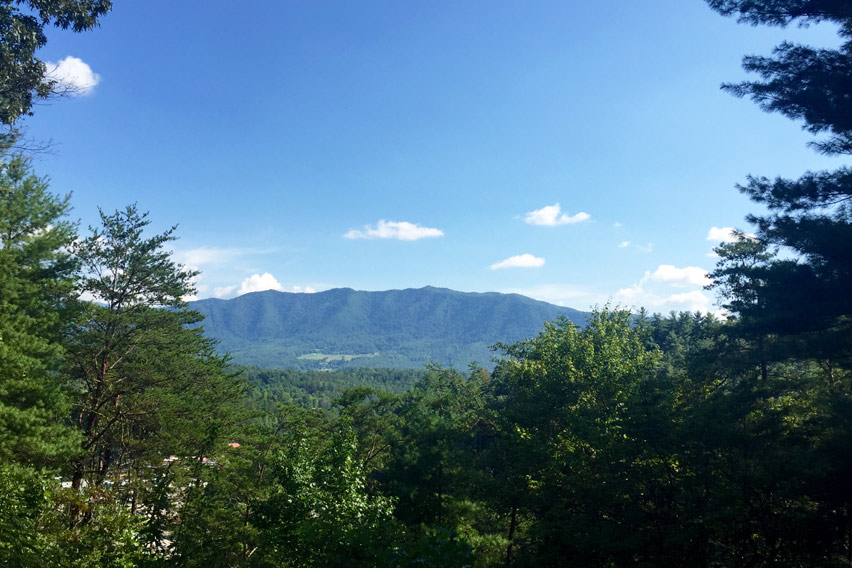 I spent a few days helping a friend get a new business venture started this week. To make sure we had time to focus and wouldn’t be disturbed, we got a cabin in East Tennessee’s Smokey Mountains. In between long work sessions, I took breaks to sit on the porch, look at the mountain and meditate. It was a nice reminder that beautiful, serene places exist everywhere. You don’t even have to be on a mountain. You just have to disconnect from your busy life for a few minutes to notice them.

So it turns out all these places I’ve meditated aren’t really weird, just not ideal. But when is life ideal? My goal for the past couple of years has been to increase my self-awareness, reduce stress and become happier overall. It’s worked. Finding new opportunities and places to meditate and practice mindfulness is just a way to expand the process.

If you’re like me, you’ll find that once practicing mindfulness becomes a habit, you start to do it more often, in more places and at more times. These are small habits that will, if you give them time, lead to huge life changes.