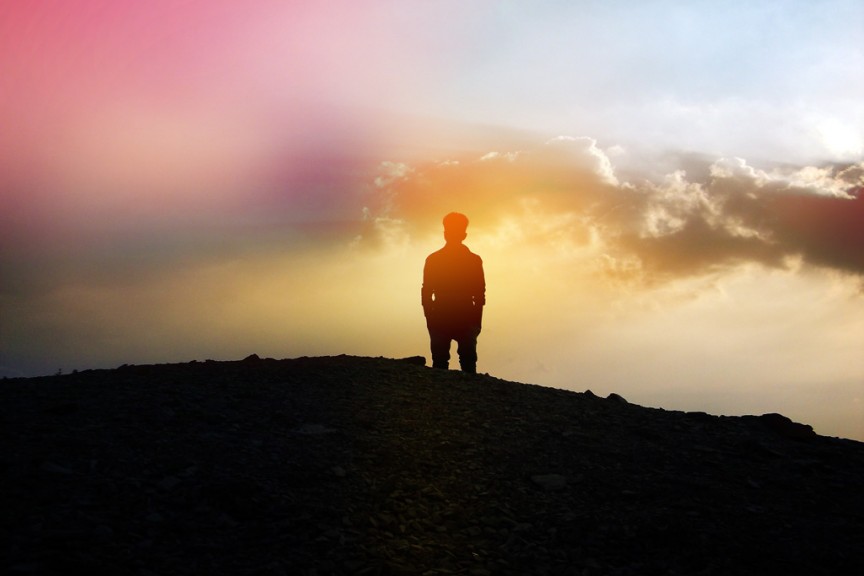 Can you envision a future in which all humans treat each other with respect, compassion and love? Where everyone possesses an inherent spirituality and understanding of our place in the universe? Where technology is used not for warfare but as a tool to further our connection and knowledge?

Yes, it sounds very Utopian. But many visionary thinkers — from Plato to Jesus to Nikola Tesla to John Lennon — have imagined a future where peace and love are the norm. This post is about one of those thinkers. And when you consider his thoughts against the backdrop of today’s technological revolution, maybe he was onto something.

Pierre Teilhard de Chardin (1881-1955) was a French Jesuit priest and idealist philosopher. He was also far ahead of his time, especially for a Catholic priest.

You may not know his name, but if you’re interested in questions about faith, evolution, human consciousness or “what the heck are we all doing here anyway?”, it’s worth understanding a bit of Teilhard’s story. His writings and theories, most of which were not published until after his death, have become increasingly popular in a modern world where people continue to struggle to reconcile science and faith.

Growing up in France, Teilhard learned about science and nature from his father, while his mother gave him spiritual and moral guidance. He was well educated in Catholic schools where he further developed a passion for science. At 18, he joined the Catholic Society of Jesus, followed by three years teaching chemistry and physics in Cairo, and four years of theological training in England.

It was at this time in his life that his knowledge of science, philosophy and religion began to meld, and he reached a new understanding of God’s relation to the universe.

He spent many of his later years studying evolution and searching for mankind’s ancestors in China. He was among those who discovered the Peking Man in 1929, playing a pivotal role in studying and publicizing the important find.

Not your typical Catholic priest

Throughout his life, Teilhard found he could not fully embrace traditional Catholicism and literal interpretations of the Bible. Combining his love for science and his knowledge of religion, he developed several ideas that peeved his church superiors.

He accepted evolution as fact and rejected a literal reading of the Genesis creation story, instead favoring a metaphorical interpretation where God continually creates the universe through evolution. Though not a radical belief today, it put him at odds with Catholic leadership of the time since it required a rejection of the concept of original sin.

He insisted that Christianity must be interpreted in light of modern science, believing that God did not simply create mankind as an isolated act, but set in motion a “conscious evolution” that included social, cultural and spiritual growth.

It was clear to him that religion, spirituality and mysticism had an important place in a society that was becoming increasingly technological and global.

Human consciousness and the Omega Point

Teilhard coined the term “Omega Point” to refer to the pinnacle of human evolution. This was not a physical or scientific concept, but a spiritual one. He believed the universe is evolving toward a higher level of material and consciousness complexity.

He predicted that the final phase of human consciousness would be a Christ-like awareness where divinity is not to be found “in the heavens” but in a “final unity” where our consciousness converges with God’s.

“The day will come when, after harnessing the winds, the tides and gravitation, we shall harness for God the energies of Love. And on that day, for the second time in the history of the world, man will have discovered fire.”Pierre Teilhard de Chardin

As Peter Russell has pointed out, when Teilhard died in 1955 he did not fully understand the speed at which technology would develop. He believed that computers and television could help move us closer to the Omega Point, but expected it would take thousands of years. Had he lived to experience the Internet, he might have predicted it to come much sooner.

I can’t help being reminded of Raymond Kurzweil’s predictions of the Singularity, the moment where humans and technology merge to create a new type of being, one with infinite capacity to learn and create and connect. But while Kurzweil predicts our salvation being dependent upon technology, Teilhard felt it must be related to consciousness and spirituality.

If consciousness truly is mankind’s ultimate mystery, I think we owe it to ourselves to consider Teilhard’s vision, as well as the part each of us plays in it. Perhaps the Omega Point is more accessible than it seems. And perhaps each of us has some individual responsibility over moving ourselves and our society closer to it.

In 1925, Teilhard’s church superiors ordered him to formally withdraw his controversial statements about original sin. Rather than leaving the Jesuit order, he agreed to do so. He then left his teaching position in France to pursue his scientific research in China.

Teilhard went on to publish several scientific writings, but the church prohibited him from publishing anything related to his philosophy or theological beliefs. His religious writings were issued only after his death, with his major work Le Phénomène humain (The Human Phenomenon) becoming an immediate bestseller.

His works and thoughts continue to be inspiring today. Here are a few more quotes to remind you that Teilhard was undoubtedly ahead of his time.

“The universe as we know it is a joint product of the observer and the observed.”Pierre Teilhard de Chardin

“Love is the affinity which links and draws together the elements of the world… Love, in fact, is the agent of universal synthesis.”Pierre Teilhard de Chardin

“The way forward is a new spirituality by which humans around the globe can unite to become one mind and one heart in love, a new ultra-humanity united only by love.”Pierre Teilhard de Chardin 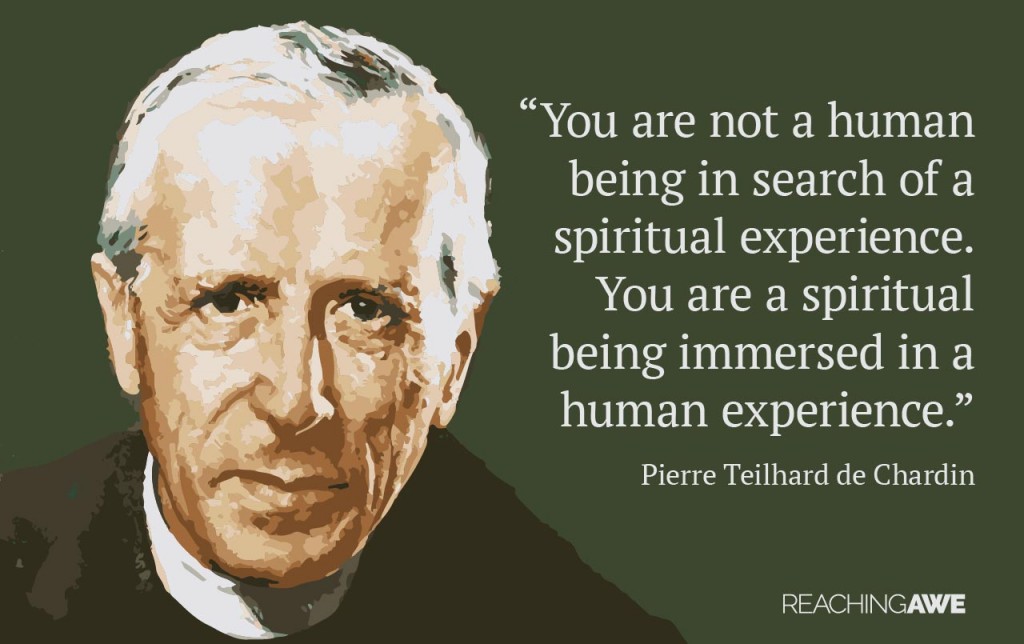