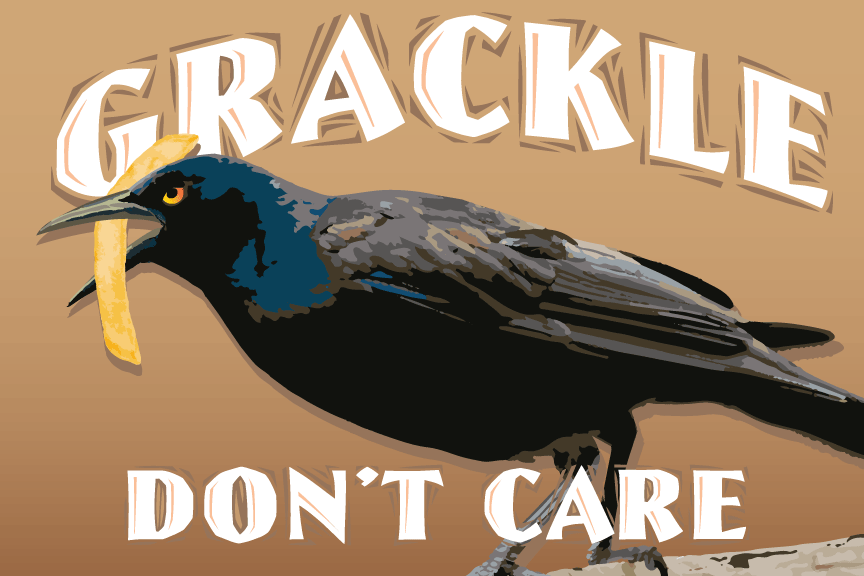 Or, how to protect your French fry supply in times of fear and change

Grackles are my favorite birds. You can keep your peacocks and parrots, robins and roadrunners. I’ll take grackles any day.

Sure, they’re kind of ugly. They have an abrasive call. They’re annoying and invasive, and they frighten other birds away. They swarm around in noisy flocks while pooping all over your car. All this is true.

They’re also incredibly intelligent and adaptable. In fact, their ability to change with their environment has allowed them to take over huge territories that were formerly dominated by crows. Grackles love corn and, if you haven’t noticed, most corn fields are now full of grackles, not crows. If a grackle can’t find corn, he’ll eat pretty much anything else, including garbage.

Other than their ingenuity, my favorite thing about grackles is that they’re hilarious to watch. A grackle will hop up onto your patio table and steal a French fry right off your plate while staring you in the eye. They’re the honey badgers of the avian world.

Back in the 1990s, the University of Texas famously used coordinated shotgun blasts to scare the grackles away from campus. It’s illegal to kill grackles, due to their status as migratory birds, so the campus landscaping team repeatedly fired blanks in the air until the birds learned the UT trees weren’t safe.

What did the grackles do? They temporarily moved to off-campus housing, roosting in nearby neighborhoods at night and returning to campus during the day to collect abandoned student food. 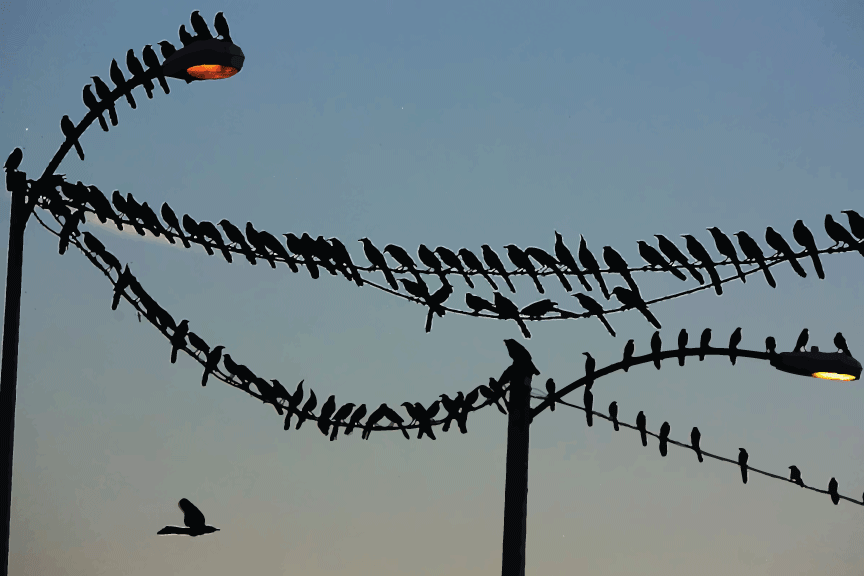 Grackles are smart and resourceful, and they focus on making the most of their current moment. Which means we can probably learn something from them.

Sitting in traffic the other day, I happened to look over and see a new Chase bank location. Why the big banks continue to open new locations everywhere, I have no idea. I haven’t been inside a bank in a very long time. Still, here was yet another new one in an East Dallas neighborhood.

Out on the street corner, making the most of drive-by visibility, Chase had erected an enormous new vertical sign portraying the bank’s brand. It was so tall, I wondered what the message was supposed to be. “Our sign and interest rates are the highest in town,” maybe? 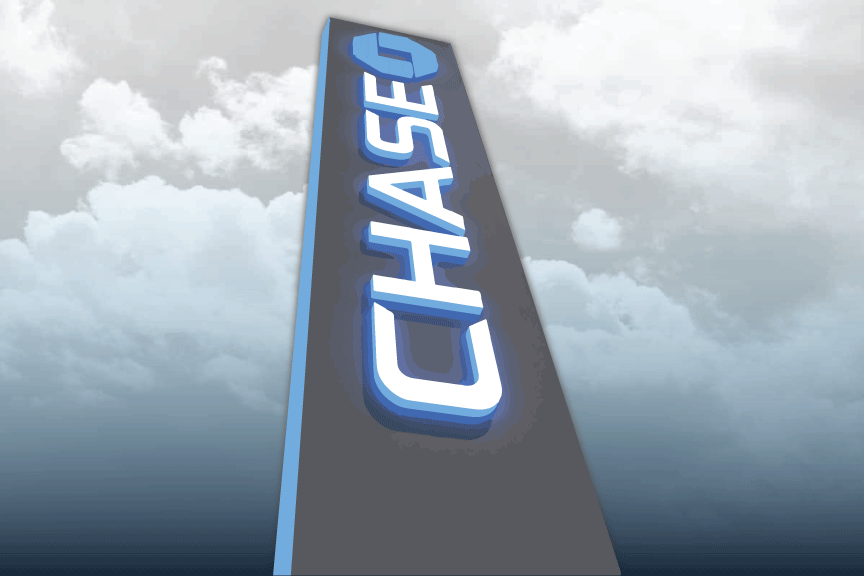 Or maybe: “Look upon my finances, ye mighty, and despair!”

Waiting for the light to change, I happened to look up at the top of the Chase sign. Sitting there, quite contentedly, were about a dozen grackles. That’s when I realized something.

Grackles obviously know something we don’t.

What amused me is that the birds didn’t care a whit about the new bank. They didn’t care that the sign they sat on belonged to the world’s seventh largest financial corporation. They didn’t care about human endeavors at all. The sign was, to them, merely a perch from which to look for food. They probably used it all the time to scope out the McDonald’s next door.

What do humans care about? Well, many things, but if the proliferation of banks is any indicator, we care a lot about money and financial success. To support that concern, we build whole economies and banking systems, which results in the construction of lots of bank buildings and lots of signs.

I’m not knocking financial systems or economic security, but I started to wonder. Where will that bank building be in ten years? Given the real estate value of that particular intersection, the bank will most likely be gone, replaced by high-end condos. To the humans involved, something else will have become more important than the bank.

What about the birds? Those particular birds will be gone in ten years, obviously, but their relatives won’t. Remember, grackles are smart and they adapt. Grackles will, in all likelihood, still be hunting for French fries on that corner for decades to come, regardless of what the humans around them do.

There’s something about that arrangement that should make us humans feel a bit humble. It should remind us that our grand plans are often naïve and short-sighted. We build things to last, but they never do. For me at least, that makes me envy grackles.

Grackles don’t care about finances and they don’t keep track of time. Their current moment is eternal. They are masters of mindfulness.

Grackles always live in the now, focused on the current moment. But not in a lazy, I don’t care about the future because my brain is too small to know about it way. Not even in a transcendent, I’m so Zen I could give up fries and meditate in the treetops way.

Grackles live in the now and they use whatever is around them to their advantage. Maybe that’s where we can learn something.

Lately I’ve had several conversations with friends about our country’s current political situation. I’m guessing I’m not alone. I’m certainly not the most qualified person to weigh in on politics, especially since I don’t watch the news. But one thing is clear to me: People are afraid, and their fear is not going away anytime soon.

What’s happening now is not your typical right vs. left, red vs. blue dynamic. This is different. Today we’re living in a culture of fear. We aren’t just afraid of the change a new presidential administration will bring, we’re afraid of everything. Polls show that large majorities of Americans are fearful of eminent terror attacks, violence, immigration, healthcare change, and job loss.

Three out of four Americans say they’re much more fearful now than they were 20 years ago. As John Oliver said on The Daily Show with Jon Stewart, way back during the first Obama campaign, “There’s no red America, no blue America. There’s just one scared shitless America.”

Fear has begun to pervade our lives — and our politics. Unfortunately for us, politicians are masters of fear. So is the media. This makes us all vulnerable to an expanding cycle of manipulation that only increases their power while amplifying our feelings of helplessness.

Certainly there are legitimate reasons to worry. But the problem with fear is that people can’t think clearly when they’re afraid. When the amygdala — that tiny, almond-shaped region of the brain that controls our fight/flight response — gets activated, people do irrational things. They say terrible things to each other, they commit acts of racism and violence, they shut down their emotions and avoid productive discussions. They may also blindly place their trust in whichever politician promises to fix everything.

So, if the real problem is our fear, how can we deal with it in a rational, compassionate, beneficial way? It’s at times like this I like to ask, “What would a grackle do?”

If a grackle could talk, and if you were to ask him for advice on handling a fearful situation, I imagine he’d say something like… 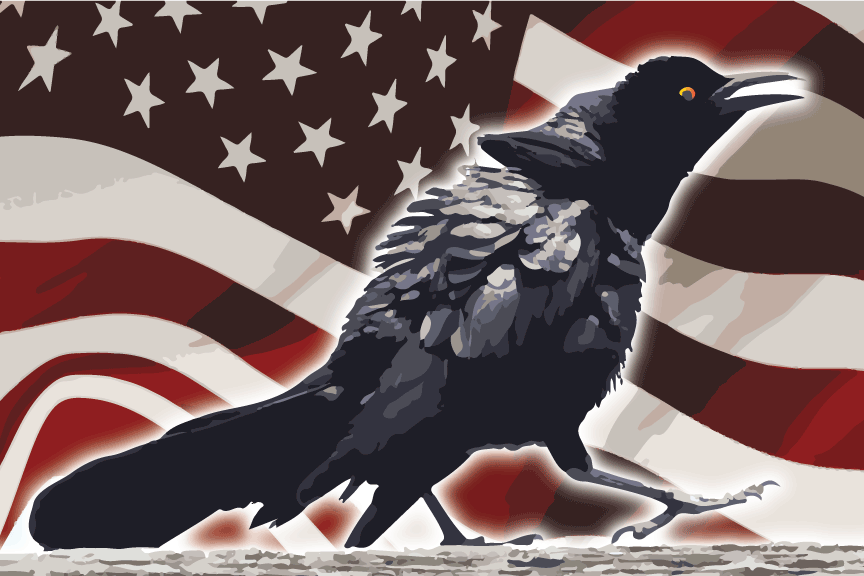 Hail to the Chief.

Hey grackle, what time is it?

So, if you’re fearful about the change that’s sure to come in the next few years, my suggestion is to call on your inner grackle.

Realize that fear is a paralyzing emotion that stifles relationships, growth, and progress. The fear you feel now may be a natural, automatic response, but your actions don’t have to be. You have the ability to observe the emotion, let it run its course, then consciously choose to act out of compassion. (Meditation is a great way to practice that, by the way.)

There really are plenty of French fries (and other resources) to go around in the world, but our society will never realize that if we’re all stuck in a cycle of fear. That’s where you can make a difference.

Positive change always starts with individual relationships and ideas. You have more power than it seems. You can use your strengths and resources to be a voice for change that is not based in fear or hatred. And you can do it in a loving way. The refreshing contrast that presents will make people sit up and listen.

Regardless of your political beliefs, be a voice of compassion. Spend lots of time with people who don’t agree with you. Practice listening without judging, then speak your truth. If it doesn’t resonate with someone, love them anyway.

Most importantly, don’t focus on what might or might not happen in the future. Focus on what can be done right now, because there’s only one time that matters, and that time is now.

If you were to ask a grackle what time it is, I have no doubt what his response would be… 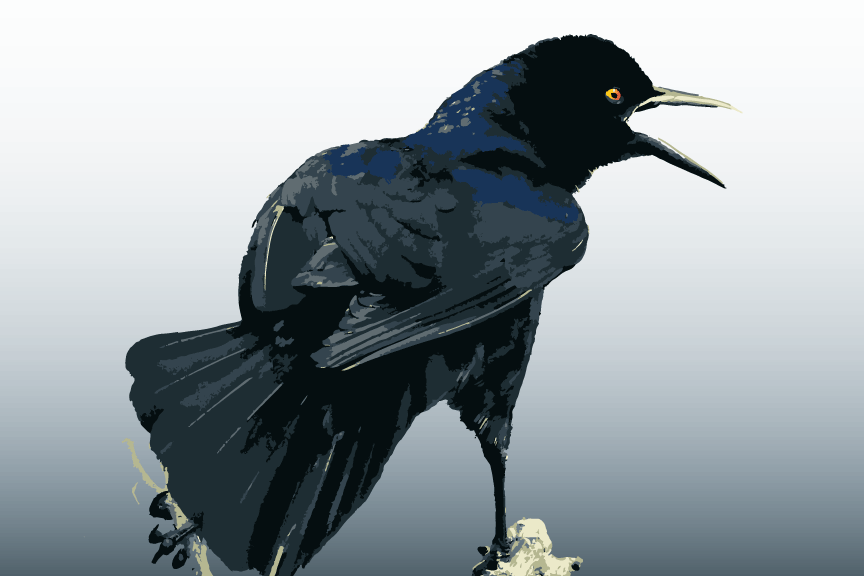