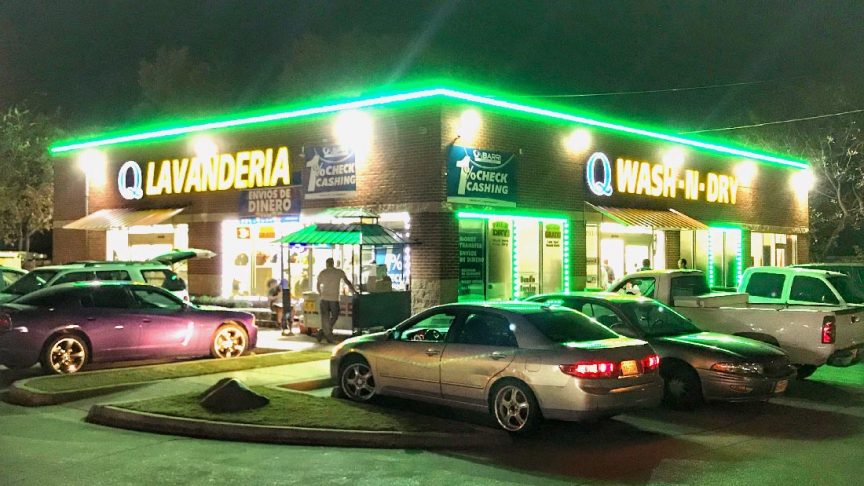 Last year, Linda planned a surprise trip for the two of us to Dripping Springs, a small historic town in the heart of Texas Hill Country. The occasion was my 50th birthday, but I chose to ignore the fact that it had anything to do with the passage of half a century and focus on the aim of the trip, which centered around the nighttime sky.

Knowing me pretty well by now, Linda is well aware I’m fascinated by nature, astronomy and anything that inspires the emotion of awe. In addition to quaint antique stores (which hold no interest for me at all), Dripping Springs is recognized for being the first Texas community to join the International Dark-Sky Association, which works to reduce light pollution and “protect the night skies” — in other words, keep the stars visible at night so we can actually see them.

Linda chose Dripping Springs in the hope we could spend our evenings outdoors at night, sipping wine and watching the stars. But not just any stars — the kind of stars I grew up with in the New Mexico desert. The kind of stars that were so clear in the night sky I could pick each out individually and watch it twinkle, then pull my gaze back to see them all blend into the massive belt of the Milky Way.

During my childhood summers, after the sun went down, I would often climb a ladder up to our roof where I’d lie on my back and stare into the sky. With virtually no neighborhood lights to interrupt my view, I’d spend hours seeking out the constellations of Orion, Cassiopeia, Perseus or Scorpius, imagining what those distant stars were made of, wondering about the planets circling them and whether there were aliens there doing the same thing I was. 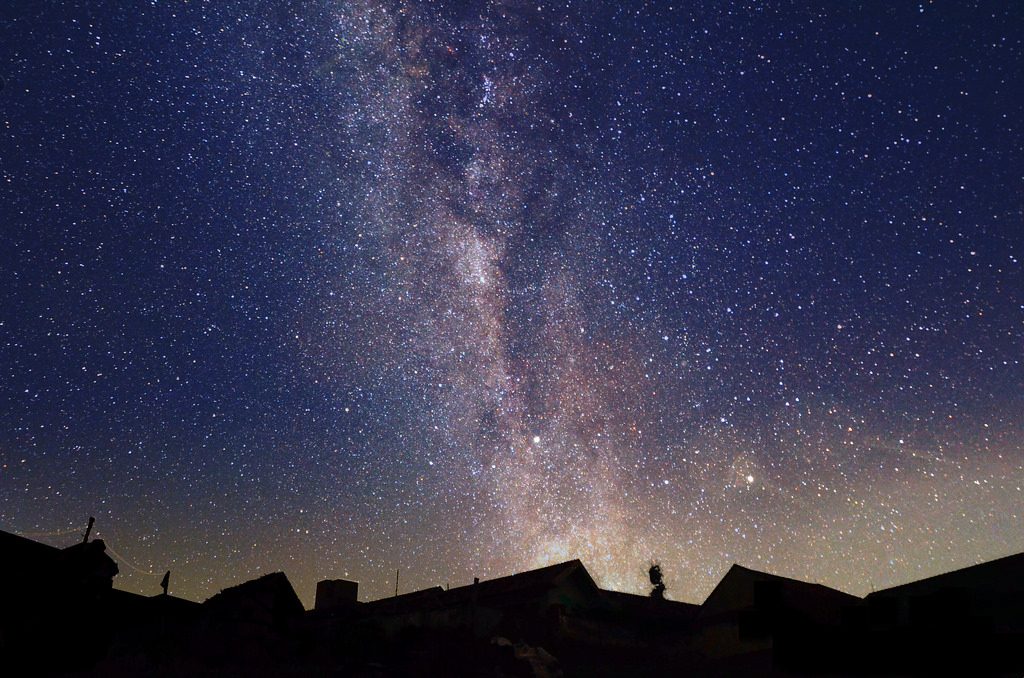 Sadly, that kind of childhood wonder is no longer possible, at least not for my kids and other children in much of the developed world. It turns out that our human obsession with light and technology has resulted in a widespread loss of the night.

Many governments and local communities had hoped that the development of new LED lighting technology would result in a significant reduction of energy usage across the planet. Unfortunately, as a new study has shown, just the opposite has occurred. Because LED lights are plentiful and cheap, we now have a great deal more outdoor lighting, which brings with it an alarming increase in nighttime light pollution.

According to the study’s authors, half of Europe and a quarter of North America are “experiencing substantially modified light-dark cycles,” which means, in layman’s terms, that there’s no longer much of a difference between day and night.

So what’s the big deal? Light is good, right? Why not just keep brightening up the world until we never have to be in darkness at all?

There are many reasons why that’s a terrible idea…

Unnatural light disrupts circadian rhythms and prevents us (and animals and insects) from falling asleep and waking up naturally. In humans, this means our REM sleep cycles are interrupted. Without REM sleep, we can’t achieve the most restful part of sleep. We also can’t dream, and that’s not just worrisome, it’s sad. 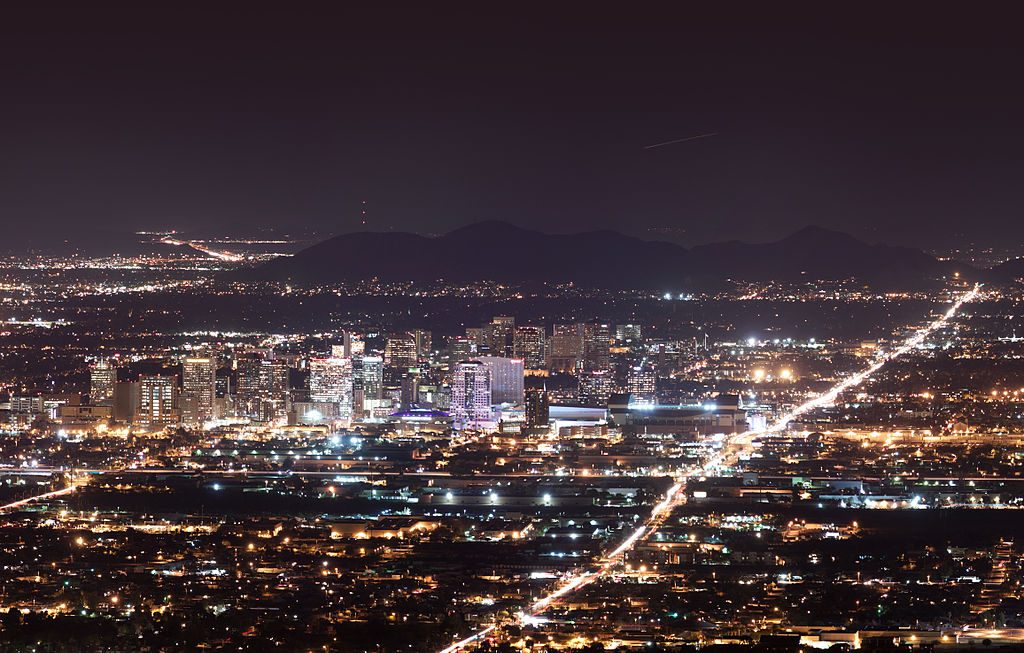 Our world is getting uglier.

If you live in a place where businesses are open at night, you’ve surely seen something like this: 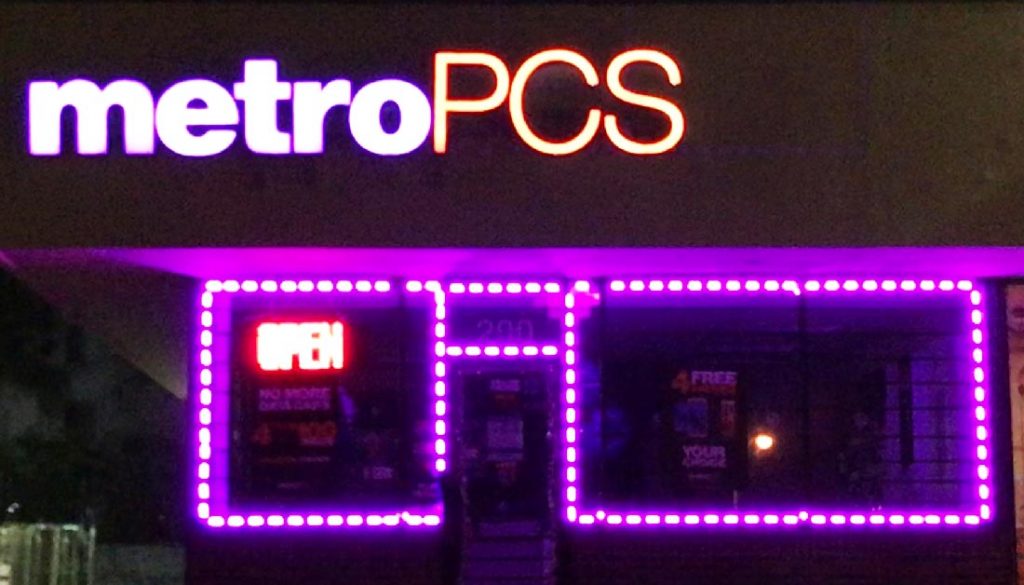 A business in my neighborhood.

I could have posted many more pictures like this, because there are literally dozens of businesses using LED lights of questionable value within a few miles of my house. The rapid adoption of this type of LED lighting just means that our communities will get uglier as they get brighter.

It’s bad for life (including us).

The most immediate concern of losing the night is that all life is negatively affected. Animal and insect mating cycles are interrupted. Bird migration is confused. Plant lifecycles are disrupted. Humans are at increased risk of obesity, depression, sleep disorders, diabetes, breast cancer and other metabolic disorders. 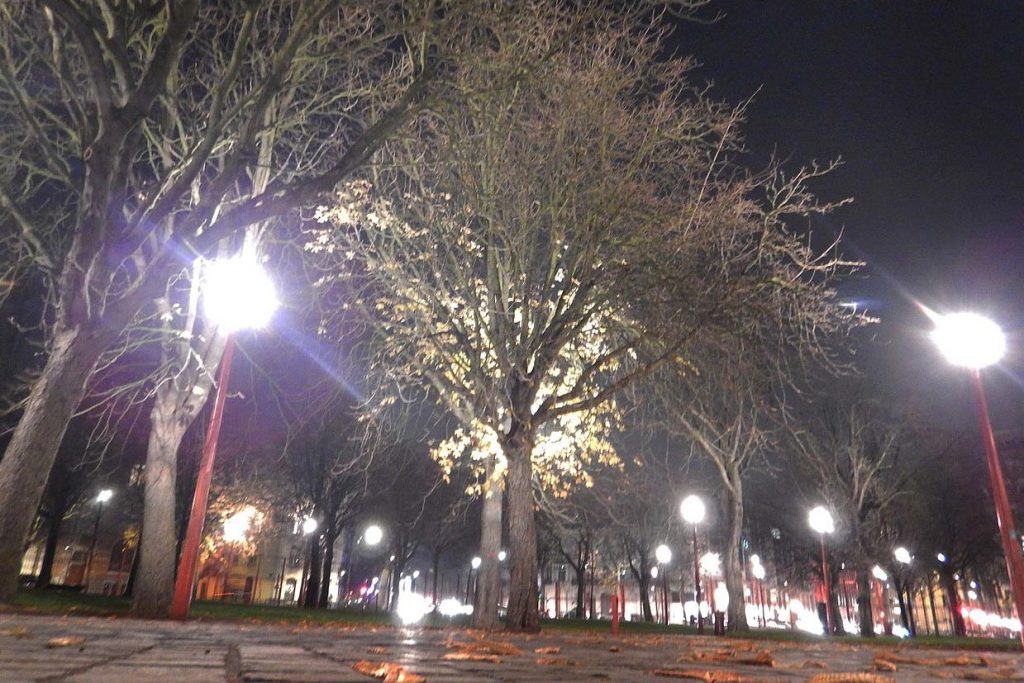 Sure, we can satisfy our Ben & Jerry’s craving at 3:27am. But our bodies didn’t evolve to live that way. The more we alter our normal sleep cycles, the more we’ll experience chronic fatigue and long-term health problems. Living in bright lights around the clock is not healthy for us. 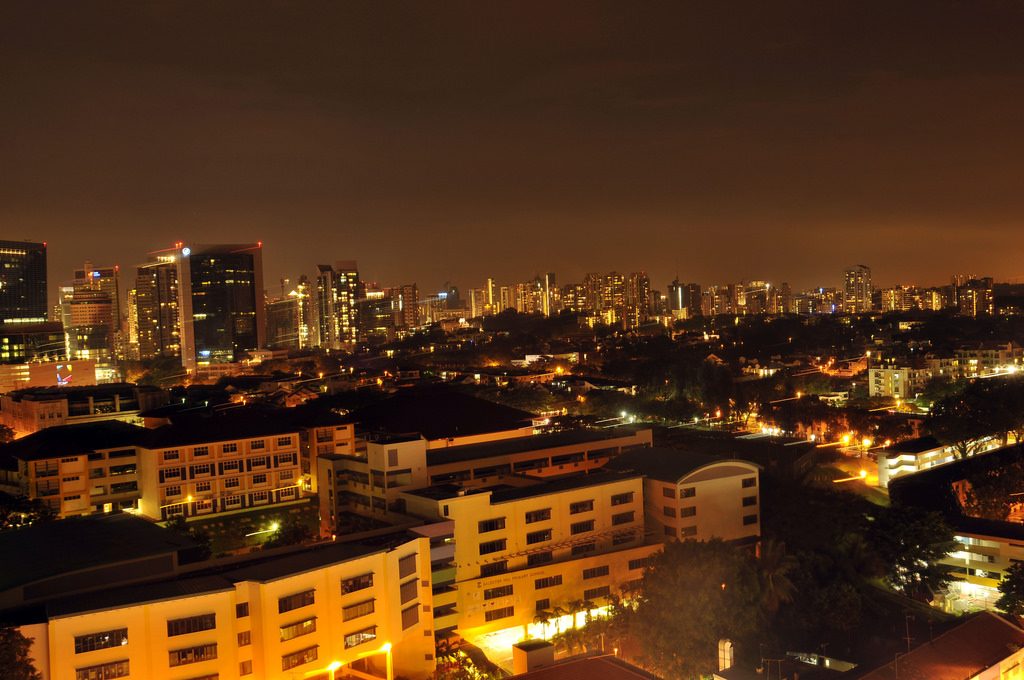 Our distant ancestors were able to look up at the stars (weather permitting) every night. That inspired a sense of wonder and awe in them, a feeling of togetherness and oneness, a knowledge that there was meaning and beauty in the universe. In our modern world, we’re in danger of losing that because we’ve all but lost the stars. 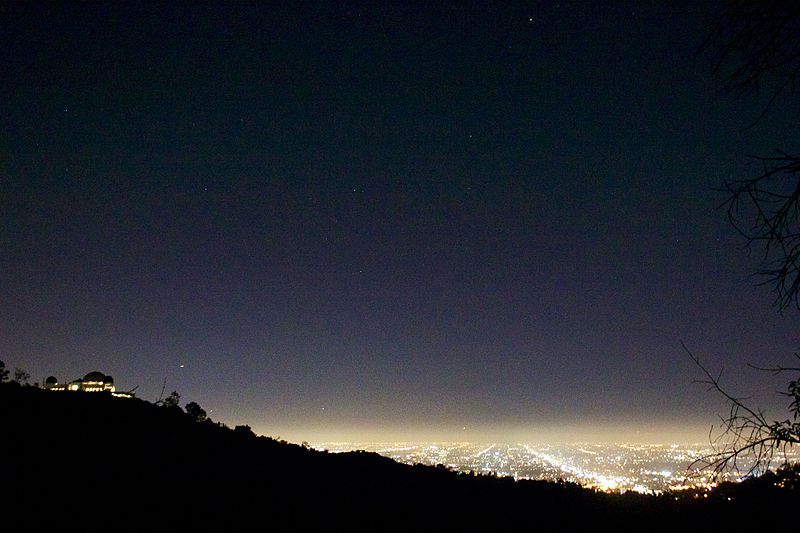 We now live in a world where one-third of humanity cannot view the Milky Way. And in losing the nighttime sky, we’ve lost the quiet reflection and mindfulness that occur when we sit alone with the stars. We can no longer look up in wonder and feel that, even though we are small, we are connected to the vast universe in deep and mysterious ways. We can no longer see a Milky Way full of stars and feel that, in a universe with this much beauty, there is a deep meaning and connection behind it all. 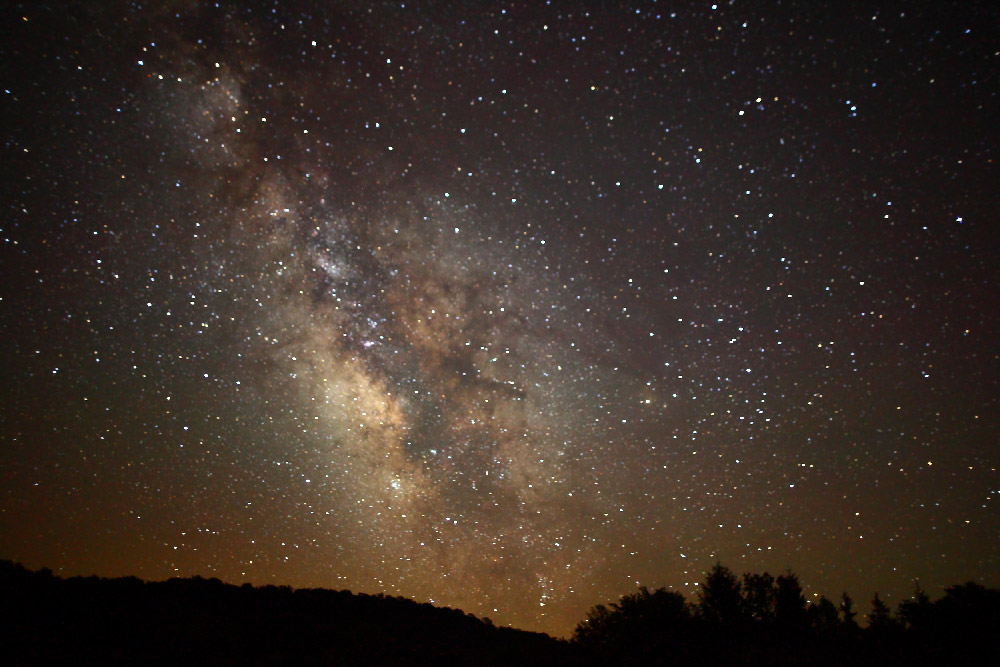 For me, the saddest part about losing the night is that my daughters and stepson won’t have the same experience I had as a child. Their experience of the stars, if it happens at all, will come from books and screens. They’ll gain indirect knowledge about the nighttime sky, but they won’t connect with it in a way that makes them feel a part of the vaster universe.

Is it too late to save the night?

The authors of the study say the only solution is public policy change. They say that, like Dripping Springs, communities large and small must eventually choose to impose clear limits on artificial lighting. I think they’re right, and I hope many other communities follow the lead of Dripping Springs and become International Dark-Sky Communities.

And I hope it happens soon, before the night disappears forever.