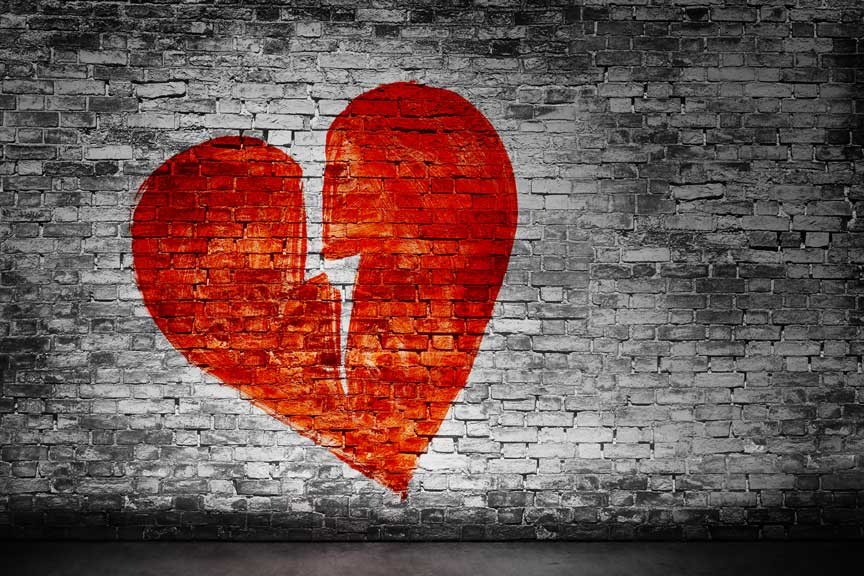 Just today, my social feeds included memes about never giving up, accepting others’ differences, finding the true meaning of Easter and being kind to animals. There were also articles about avoiding pesticides, becoming more spiritual and how to properly roast potatoes.

In general, there’s no harm in sharing advice like this — though I suspect the vast majority of satisfaction is felt by the person sharing the content, rather than anyone who happens to read it. Still, people like to be helpful and that’s great.

But there is one such piece of advice I’ve now seen and heard thousands of times that I do have a problem with. You know it well:

“Everything happens for a reason.”

If you’ve ever experienced a significant loss, you surely either said these words or had them said to you. When I experienced a major heartbreak a few years ago, several people said variations of it to me (or its close cousin, “God has a plan for this.”).

It’s at times of major loss and disappointment when we most often hear that there’s a reason for everything. But I’ve also heard it in much less dire circumstances, like when a blind date went badly or a flat tire made someone late to work — even when someone’s favorite team didn’t make the playoffs.

Justin Bieber even famously used it to explain rape. Or to advocate against abortion in the case of rape. Or something. I don’t know, it’s really hard to tell with that guy.

But it seems that “everything happens for a reason” is the phrase that people default to when they’re seeking a meaning for pain and disappointment. They feel that if something terrible happens, it must have a higher purpose for some future outcome in a plan they can’t yet see. Somehow, in the grand scheme of things, this misfortune must contribute to a higher good, right?

Maybe. But regardless of your belief about meaning in the universe, people who are in the midst of deep suffering are probably not ready to hear your platitudes.

This is why you should never say “everything happens for a reason” to someone who is hurting.

Imagine your close friend’s spouse has just unexpectedly died. You love her and want to offer some comfort, however small, to help her begin to heal. “Why did this have to happen?” she sobs.

You put your arms around her and say, “I don’t know, but everything happens for a reason.” What you’re hoping is that she can take some small consolation in believing there’s a meaning behind her suffering and loss.

But instead of your encouragement, this is what your friend hears:

Your cliché has just done the opposite of what you intended. Rather than offering meaning, it has made your friend’s world feel even more meaningless.

What to say instead

When someone is hurting, instead of offering trite sayings, be genuine. Even if it’s difficult to expose yourself emotionally, deep connections are what allow people to heal. In times of heartache and grief, nothing helps more than standing inside the circle of pain with someone and helping them understand they are not alone.

Here are some things to say that can actually offer hope to someone who is suffering:

Or say nothing at all and just hold them. Because honestly, words aren’t going to fix anything. Your presence, support and love provide more meaning than words ever could.

Grief and sorrow are processes that take time to mature if they are to lead to positive outcomes. If there is meaning to be found, it comes later – often much later. Be patient with your loved ones and yourself. Be willing to suffer with others until grief has found its way.

Yes, the universe is interconnected, but the connections and meanings are often hidden. Give them time and they will reveal themselves.